Hello. My name is David, leader of the Merchant’s Kingdom server.

Would you like to join a growing minecraft community that is comprised of carefully selected members? Are you tired of servers that disappear after a month or don’t have a plan?

If so, you have come to the right place!

I am here today looking to recruit friendly and mature people who are interested in becoming members of staff on our server.

The Merchant’s Kingdom was originally set up when a few of the founding members got together in chat one day, and mentioned how frustrating it is when you spend time working on a server as staff, only for them to then disappear or shut down just a couple of weeks later.

Soon after the Merchant’s Kingdom was born, an online community with its own Minecraft server. All privately funded by adults who either have their own savings or are currently in full-time employment. Thus granting us a big enough budget to ensure we can be around for many years to come.

Now we have grown beyong the first few founding members, and are made up by a small group of carefully chosen people from around the globe, who have all been picked based on their ability to get along nicely with others, and for their love of Minecraft.

Originally, the server went into the planning and development stage several months ago, but it has only been a couple of months since the server went online and actual work commenced on it.

To start out with we want to keep things simple, and are aiming to get a survival economy mode as well as an RPG mode up and running as soon as possible. However, we have plans to add on much more as time goes on.

Who are we looking for?

We are looking for people aged 13 and over, however we do try to keep the majority of staff a little on the older side of things. Currently the eldest member is 34 and the youngest is 14.

We are looking for friendly people with good manners and a positive attitude that we believe we could form a friendship with first, and looking at peoples skills second.

Ideally you will be a patient person capable of planning ahead, with good communication skills, a willingness to learn, and the ability to organize yourself.

Most important of all, we are looking for people who plan on playing Minecraft for many more years to come, who are capale of investing time into a project based on their ability to step back and look at the bigger picture. People who take long term gains over short term satisfaction.

How To Join Us?

If you would like the chance to apply to join us, please join the Discord group below to start the application process: 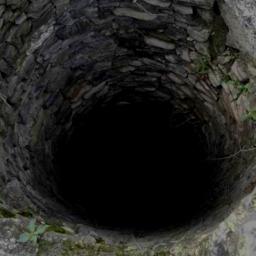 Check out the The Holding Pit community on Discord - hang out with 49 other members and enjoy free voice and text chat.

Are you running mods? Not interested per se, but it’s a useful thing to know and you didn’t say.