[Dev] Is there a need for an OfflinePlayer

Just wondering what the community thought about this.

Please give reasons to why you think we need an OfflinePlayer

I had the idea of a PlayerOfflineStorage for all this things …

Makes sense.
The “OfflinePlayer” doesn’t add anything that is only valid for an OfflinePlayer and not for any player.
Good call.

If there is proper NBT support, then you wouldn’t need to worry about about applying the changes on login, and you could just edit the player.dat directly. This needs to happen on the same thread as the one that handles the player logging in, or you’d end up having concurrency issues. 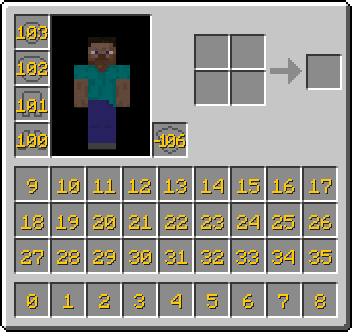 I repeat myself:
PlayerOfflineStorage hided the implementation …

You can edit the playerdata files, change it on startup …
It is not important how !!!
We talk only about a clean basic API.

We use offlinePlayer object in many of our plugins, not having that going forward would make this… complicated.

Maybe just make it but deprecate it?

As I said in IRC, I don’t see there is a need for an OfflinePlayer. It just felt like a lazy hacked together convenience interface. It also felt extremely backwards to have a player extend offlineplayer.

In my opinion we should have Player. That’s it, nothing else. Whether they are offline or online should not matter. The only difference between a user being online and offline is that an online player can have a target, they can have an ip address, and they can have a time online. None of that really makes enough difference for there to be an entire structure dedicated simply to offline players.

I still say we should have only Player and that at the most there should be getters for isOffline (or isOnline) and if so then certain methods become unavailable or will just return null as they have nothing to return.

From a developer perspective this makes it much simpler to check things like ownership of items/blocks/entities, permissions of players, etc. You simply check for player.hasSomething(). At the most I can see possibly having Player and then having User extends Player which would contain the information and methods that are only available when a player is online.

I would say that there should just be Player to represent an online or offline player, but as it would have to be an Entity, I’m not sure that is best. It would represent an entity that doesn’t really exist anywhere (which doesn’t necessarily have to be bad, I suppose). I think I like the idea of a Player and a PlayerEntity better. Player should allow one to get name and UUID but also get/set location, inventory, etc. PlayerEntity would then be the actual Entity extending Player. PlayerEntity will only exist when the player is logged, but you should always be able to get a Player whether they are online or not. Player should have a method (isOnline) to check if the player is online. With this setup, one should rarely, if ever, need to actually work directly with PlayerEntity.

This is just how I feel about it. I may have missed something, but I think my point is clear.

Other than contacting the servers for the UUID, you’d probably have to use a cache for the UUID lookups for the offline players, I have to do that in my CommandHelper scripts when I want to get a players UUID when they aren’t online on the server. Also most other bukkit plugins that have had name to UUID conversions done on them use their own UUID cache dbs. The only problem with a cache is that the name in it will no longer be valid if they ever change their playername, for that you have to update the playername in the cache when they connect to the server.

You could implement a global playername to UUID cahce lookup for the plugins to use for offline players. If you can’t use the cache json file the server creates.

I sometimes did use OfflinePlayer, wasn’t much of a big deal to me…

I think Sponge must have a player UUID internal cache, because too many plugins need this feature, and too many plugins have at this time it own UUID cache. For exemple, Factoid, a plugin I made, uses it own cache.

For the problem if a user changes his name, the name can be changed in cache when the player go back the the server. We have just to compare the name and the UUID.

I think, the best is to have 3 way to find user information.

Second: Player cache check. I player must be connected at least one time to be recognized.

Third: HTTP check on Minecraft website. For this option, the problem is the time to have a respond. It can be give to an other thread with a request ID and answer it back like an event, or I don’t known.

The website closes the connection if we made too many requests. This is why the third method must call the first and the second.

I just want to give my opinion, but probably my suggestion is wrong.

For a http check you would need to thread it off of the main thread, and have a callback function when it comes back, so you don’t lock up the main thread when doing a lookup on a player.

You could lock on the player.dat and then check if they wern’t already logged in.

I think there is no need for a OfflinePlayer class but rather just a single command.

I’m not a java coder, but from my experience in other languages it does seem quite strange that that the user of the API has to denote if the player is offline or not, this should be done by the API itself.

You might just want to know if Player is online. Not because you use Player\OfflinePlayer metods, but for other reasons.

I wouldn’t have a problem with just having Player, as long as we have a .getOnlinePlayers() that returns online players and a .getPlayer() which will return something weither the player is online or not.