How can i solve this issue? I dont know whats going on

Ive ran into this issue on multiple occasions and i dont know whats causing it so if anyone can help that would be good. Mod it is complaining about is Hbombs Nuclear Tech mod for 1.12.2. Here is a picture 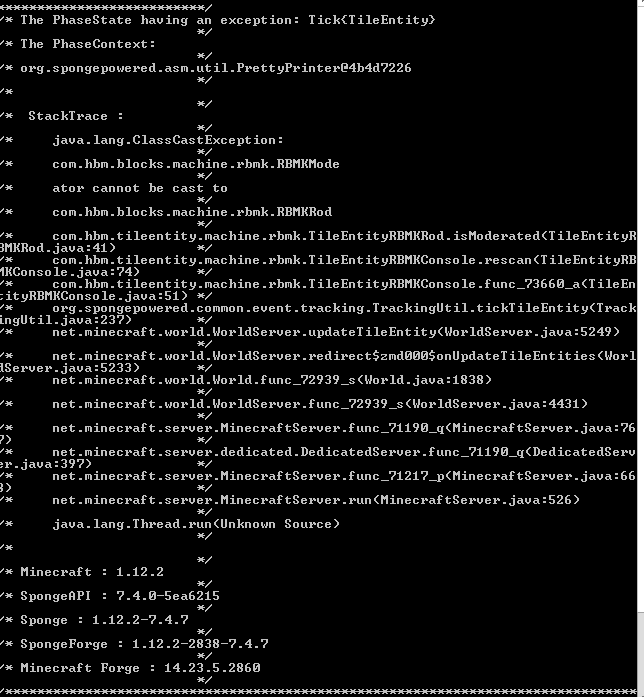 The crash your getting isnt to do with sponge but instead the mod. Looking at the mods package im guessing its Nuclear Tech mod.

Whenever I take sponge out the mod works fine.

I would report it to them and see if there is a fix. All the crash says is its fault of there own mod. It could be that sponge forces that mod to do something the mod doesnt like?

Sponge will force other mods to do stuff as the mod shouldnt have been doing it in the first place. Based on the crash report it seems like that mod was accessing a tile entity off main thread (something any mod really shouldn’t be doing)

This the fork of the project that seems to be maintained 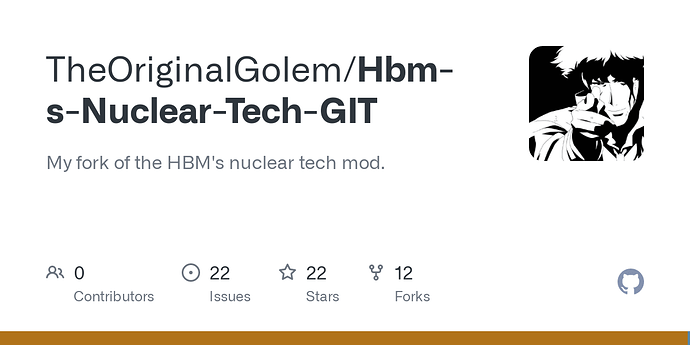 My fork of the HBM's nuclear tech mod. Contribute to TheOriginalGolem/Hbm-s-Nuclear-Tech-GIT development by creating an account on GitHub.

Looks like its trying to do stuff with the nuclear reactor console and rbmk reactor parts. Just posted the issue and im gonna see what they say.