Does anyone happen to know how to fix the issue with plugins class files not being found via MAC?

^link provided above for those who have trouble zooming in.
The plugin displayed is not the only one having complications. This issue also happens when testing Bukkit plugins via my side server which is hosted on my computer. This happened randomly awhile back and I would hate to have to purchase a professional hosting node just to be able to test plugins. Any one know of a work around/quick fix?

Thank you for your time.

Did you check your classpath? Did you open up the jar and see if the class actually compiled correctly? If you’re Using IntelliJ did you make sure to add the compile output to the artifact?

You also state this is a Mac issue. Are you completely sure it’s something to do with the OS? If not, don’t bring in variables that likely aren’t playing a part in the problem.

Honestly I am not sure what it is… I stated it as a MAC issue because I run a mac and I am unsure of what had happened to suddenly not read/find class files. I also addressed MAC so people that decided to “help” know what OS I am using and can better help me. I am not familiar with anything really regarding how plugins are read or ran… I am just a basic server owner trying to put together a server and test plugins. I figured I could ask the sponge community why this may be happening to some of the released plugins when being ran with the sponge platform. The plugins will not simply run via my computer, but if the same files are moved on a hosting provider, they are ran/read correctly and boot.

Looks like it is a problem with PlotSquared. Since there are many versions of this plugin, be sure you have the correct PlotSquared jar in your mods folder. From here it looks like it should be the PlotSquared-Sponge.jar

It looks like PlotSquared is built against either Java 7 or 8 and you haven’t installed one of those on your Mac, that or your default Java is set to the horrifically outdated Java 6

Macs are preloaded with Java 6. Just download 7 or 8 jre and install.

Looks like I’ve been up to date on Java. 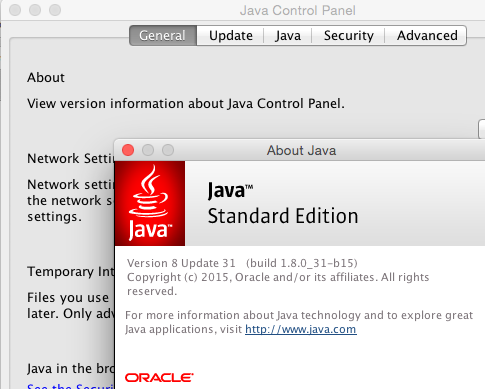 There’s usually only one cause of a ClassNotFoundException.

As far as FML can tell, com.plotsquared.sponge.SpongeMain doesn’t exist.

Can you at least tell us what version of PlotSquared that you’re running? Really, that detail would help us find the problem.

the tail of the log usually shows some class info and when it’s java, the a log line ends in [?:major.minor.revision] and it clearly says Java 6u65.

I’d guess you currently have Java 6 and 8 installed. Try to remove 6 if possible and get the server running with Java8. Should work then

As usual with that great support. Ill give that a try as soon as possible.