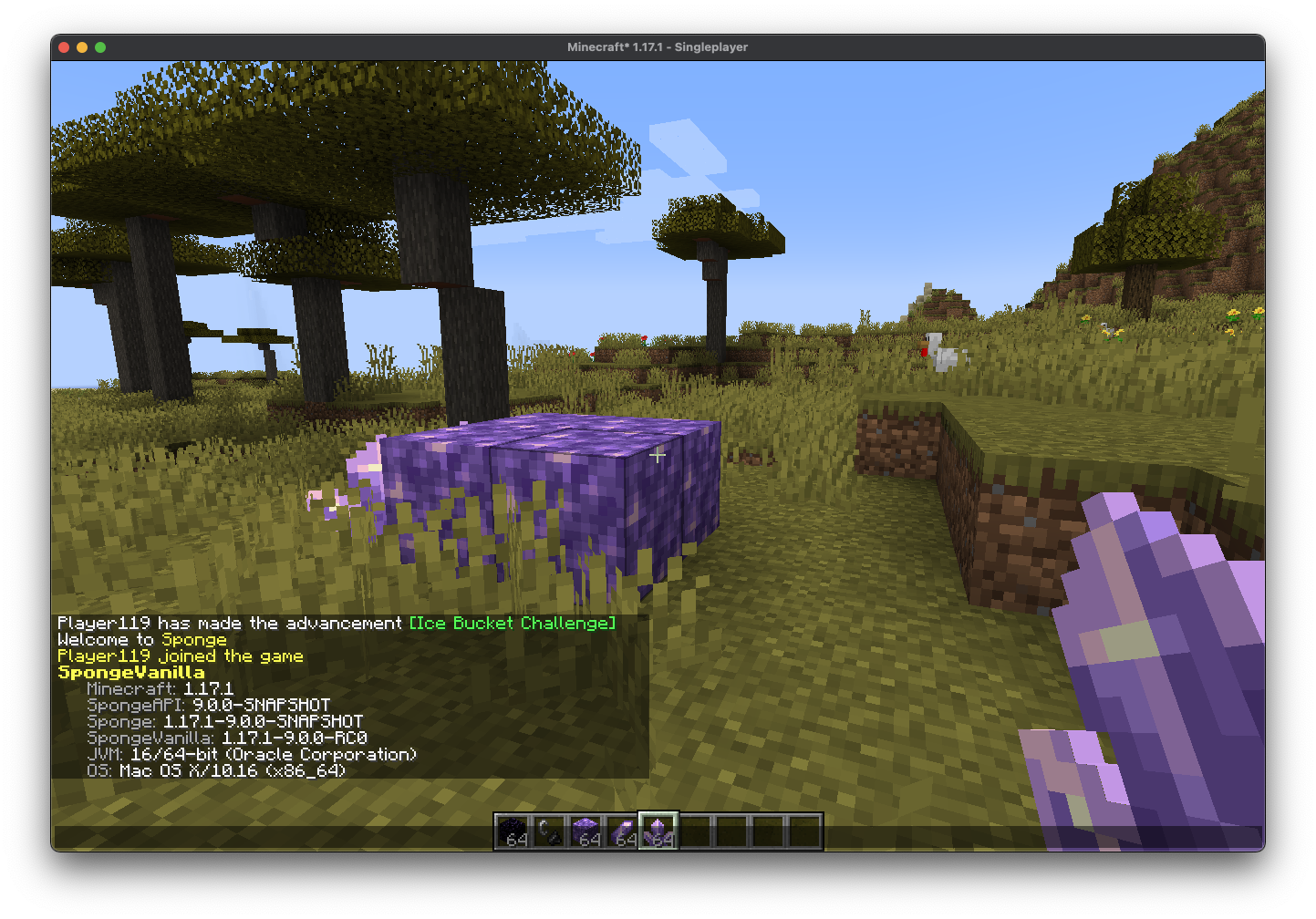 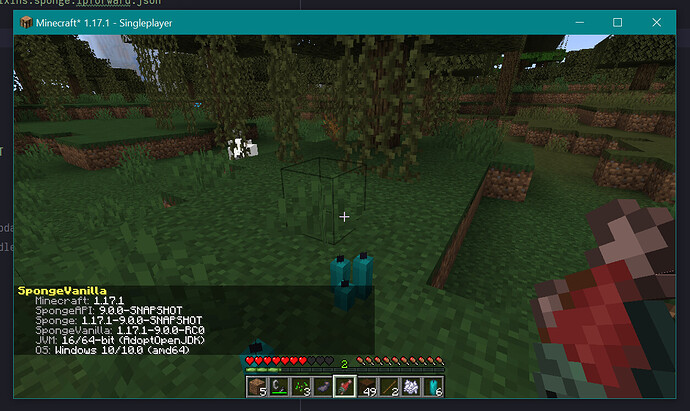 Just like how we had Day 1 builds for 1.17, our target is now to have Day 1 builds for every release of Minecraft in the future. While we aren’t quite ready to call our SpongeVanilla 1.17.1 builds stable yet, we want to show our community that we can and will be much quicker with our updates in the future. We want people to start testing them too!

While we don’t recommend production servers use our 1.16.5 and 1.17.1 builds yet, we always need people testing them, both from plugin and player standpoints! So, if you want to help us make Sponge that much better, download the latest 1.17.1 builds from our Maven repo - you want the universal jar. Plugin developers should mostly expect API-8 plugins to run on 1.17.1 without changes, there are very few breaking changes in API-9 compared to API-8 and we don’t expect much more in the way of breakages in API-9.

We know that we haven’t quite yet released API-8 and, for that matter, API-9, but we will share more information on where we are in that in the next couple of weeks. Until then, if you’ve got any questions or just want to get a little more involved in helping us release our next-generation world-leading Minecraft API, come talk to us in Discord in the #sponge channel.

As a quick note, since we know that downloading Sponge from our Maven repo isn’t particularly user-friendly, we’ve been working for several months on a brand new download system which is almost ready. The new system will provide not only a new and improved way to get the latest SpongeVanilla and SpongeForge builds via our website, but also a powerful API for Server Hosts and Mod Packs to use. Watch this space!