This is a Discord for my Minecraft server project. The server is expected to be launched in about 2 years. This will involve coding three large plugins and several smaller plugins.

Flying armed airships around and blowing each other up while capturing or destroying cities anyone?

(Discord name will change to actual server name once one has been decided.) 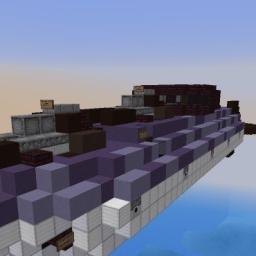 Check out the Movecraft for Sponge community on Discord - hang out with 52 other members and enjoy free voice and text chat.

Considering the licence of Movecraft is GNU General Public License v3.0 you will need to show changes and code, which begs the question, will you release your edition of movecraft as a public plugin? Or let people compile it themselves?
The third option i can think of is ditching the name movecraft as the code for sponge will be completely different, so you will probably get away as an “alternative” such as Ships (that is for Sponge and getting an update that brings it to bukkit level soon)

I am in contact with the current development team of Movecraft and they are aware of my port. The code is published on Github.

The code is not really all that different except the API calls. And Movecraft is very well known.

Future rewrites will slowly move the code in a more Sponge oriented direction.