Pc's with windows vs macs

I prefer Windows, although I could see why one might like OS X even if it’s not my cup of tea. My main issue with Apple is that they charge two or three times what most companies would for their hardware.

Anyway, everyone knows that Linux is best.

I honestly prefer windows myself, although i have no problem with microsoft office not being free, because i use Libre Office

Premium products at a premium price.
I myself use Apple and Windows daily.

Keep in mind, you’re paying much more than $100 more as a premium when you buy an Apple product, and there are tons of open-source alternatives to Microsoft Office. Personally I hate Office; I usually just use Google Docs or OpenOffice.

Definitely Windows.
Otherwise I would go for something Linux. Never going for Macs, ever.

Both are companies that want to make big money. But if I have to choose I think I go for windows. So far I know apple isn’t interested in prices under the 1k$ and that’s a bit my problem

ATM if I need a new desktop I just get a costume rig (without windows their are enough free solutions).

But if it comes to laptops. Hmmm, I think apple makes the best laptops atm. (Not that I can afford one)

I use Linux, OS-X and Windows on a daily bases, I prefer Linux and Windows over OS-X due to the fact of compatibility with programs, see most programs out there are designed for Windows environments as in .MSI or .EXE and Linux has a nice little emulator called Wine that works very well.

I also like the fact Linux is the most secure and has the best customer service, Linux is free no matter what version you get and is compatible with almost all hardware. I use Linux because the shear speed of how it optimizes its hardware is unbelievable, it takes me less then 1 seconds to go from the whole computer off to the login screen, not only that, Linux has a awesome little program that allows me to choose what OS i boot into, Windows has this but it only works for Windows OS, Linux version works on linux, Windows and Hackintosh OS, so i dont need to swap my hard drive over when trying to boot to another OS

Although Windows does use up a lot of hardware performance it gets the best performance out of programs designed for it (for obvious reasons), Im a PC gamer, almost every game i play has been designed for a Windows environment meaning i need a Windows environment to play them. Windows does not care what it is running meaning I can run 3rd party software without windows giving a single f***.

OS-X i only use for programs i bought when i only had a Mac … if it was worth it, i would sell my MacBook and buy all the programs for windows. 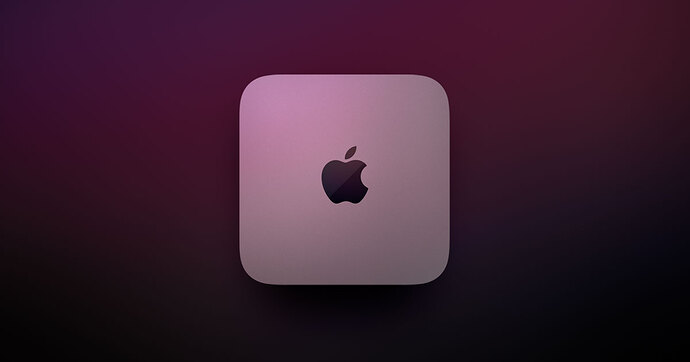 View the technical specifications for Mac mini, see what comes in the box, explore configuration options, and read a list of recommended accessories.

. For 600$ I can gather a decent gaming pc together that can outrun that lol. I see that thing for people that have become apple fan, but just want to try (without losing to mutch money).

This is more of a PC vs Mac debate. Not sure why “Windows” matters.

If I didn’t hate dual-booting, and I could play all my favorite games on Linux, I’d probably be on Fedora. The RPM system is strong and easy to use, and Fedora, while not on a rolling release cycle, updates much more frequently than most other RHEL distrobutions.

But, as it stands, I’m on Windows 8.1. Can’t wait until I know Windows 10 has all the drivers for my hardware that I’ll need.

But, as it stands, I’m on Windows 8.1. Can’t wait until I know Windows 10 has all the drivers for my hardware that I’ll need.

If I didn’t hate dual-booting, and I could play all my favorite games on Linux.

Its coming … . valve is helping us. But wait minecraft is your favourite game right ?

Personal.??? . I think windows and apple misunderstood something their

You are, of course, technically correct.

However, the PC vs Mac debate is often colloquially understood to mean Standard PC Hardware vs Apple PC Hardware.

As I have stated before, if it has any version of OSX

:fire: BURN IT WITH FIRE :fire:

OS X is not free. If it was, you could install it on your PC as easily as Linux.

Windows 10 will be superior. We all know that.

OS X is not free. If it was, you could install it on your PC as easily as Linux.

I don’t think thats the case. OSX has so far I know no advanced driver manager. And its kernel is probably compiled to work on apple devices only.

Windows 10 will be superior. We all know that.

You can have a hackintosh setup, but you couldn’t pay me to do that to my PC.