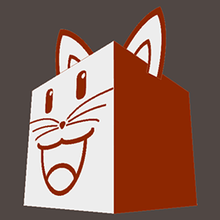 LOLCODE is an esoteric programming language inspired by lolspeak, the language expressed in examples of the lolcat Internet meme. The language was created in 2007 by Adam Lindsay, researcher at the Computing Department of Lancaster University. The language is not clearly defined in terms of operator priorities and correct syntax, but several functioning interpreters and compilers exist. One interpretation of the language has been proven Turing-complete. LOLCODE's keywords are drawn from the hea...

Brainfuck is an esoteric programming language created in 1993 by Urban Müller. Notable for its extreme minimalism, the language consists of only eight simple commands and an instruction pointer. While it is fully Turing complete, it is not intended for practical use, but to challenge and amuse programmers. Brainfuck simply requires one to break commands into microscopic steps. The language's name is a reference to the slang term brainfuck, which refers to things so complicated or unusual that ...

C (/siː/, as in the letter c) is a general-purpose, procedural computer programming language supporting structured programming, lexical variable scope, and recursion, with a static type system. By design, C provides constructs that map efficiently to typical machine instructions. It has found lasting use in applications previously coded in assembly language. Such applications include operating systems and various application software for computer architectures that range from supercomputers to ... C++ (/ˌsiːˌplʌsˈplʌs/) is a general-purpose programming language created by Bjarne Stroustrup as an extension of the C programming language, or "C with Classes". The language has expanded significantly over time, and modern C++ now has object-oriented, generic, and functional features in addition to facilities for low-level memory manipulation. It is almost always implemented as a compiled language, and many vendors provide C++ compilers, including the Free Software Foundation, LLVM, Microsoft...

Cmon guys, we all know whitespace is the best.

JavaScript (/ˈdʒɑːvəˌskrɪpt/), often abbreviated as JS, is a programming language that conforms to the ECMAScript specification. JavaScript is high-level, often just-in-time compiled, and multi-paradigm. It has curly-bracket syntax, dynamic typing, prototype-based object-orientation, and first-class functions. Alongside HTML and CSS, JavaScript is one of the core technologies of the World Wide Web. JavaScript enables interactive web pages and is an essential part of web applications. The vast ...

(I just realized the javascript image looks awfully similar to the sponge logo.)

The Shakespeare Programming Language (SPL) is an esoteric programming language designed by Jon Åslund and Karl Hasselström. Like the Chef programming language, it is designed to make programs appear to be something other than programs - in this case, Shakespearean plays. A character list in the beginning of the program declares a number of stacks, naturally with names like "Romeo" and "Juliet". These characters enter into dialogue with each other in which they manipulate each other's topmost val...

or L33t for increased runtime performance

Leet (or L33t) is an esoteric programming language based loosely on Brainfuck and named for the resemblance of its source code to the symbolic language "L33t 5p34k". L33t was designed by Stephen McGreal and Alex Mole to be as confusing as possible. It is Turing-complete and has the possibility for self-modifying code. Software written in the language can make network connections and may therefore be used to write malware.[citation needed] The basic data unit of L33t is the unsigned byte (big-end...

Screw code, lets do it in unmanaged opcode

A binary code represents text, computer processor instructions, or any other data using a two-symbol system. The two-symbol system used is often "0" and "1" from the binary number system. The binary code assigns a pattern of binary digits, also known as bits, to each character, instruction, etc. For example, a binary string of eight bits can represent any of 256 possible values and can, therefore, represent a wide variety of different items. In computing and telecommunications, binary codes are ...

Here’s a bunch of troll languages: 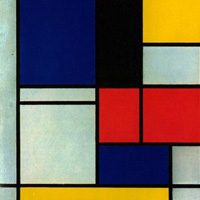 10 Most Bizarre Programming Languages Ever Created

There is nothing more frustrating for a web developer than spending hours at a time fixing a bug that should just work. Often I'll get stuck in a programming state that feels like I have...

And binary is pretty easy to understand…

What about perl? It’s super fast and super modern!*

Why not write it as a polyglot of all the languages mentioned above? LOL

Or even better, use lolcode to create a brainf*** interpreter and then write sponge using that XD 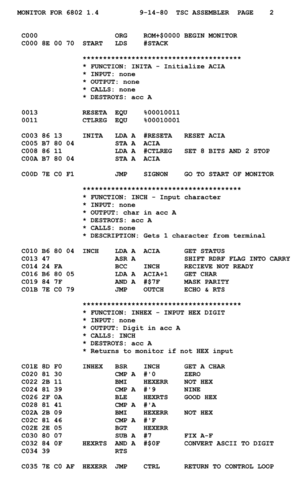 Why not Malbolge?
Esolangs.org page on Malbolge