Welcome one and all to another Sponge Status Update, this time around we have news on Minecraft 1.13, Ore goes into Beta and we have a brand new Plugin Competition for you to dive into!

As many of you have probably seen, Mojang has just released Minecraft 1.13. For the past few months our developers have been reviewing the code in the snapshots and pre-releases in order to prepare for the long slog of developing Sponge for 1.13.
The changes Mojang have made are the greatest rewrite to the base Minecraft game that we have ever seen in an update, much greater than 1.8 and even bigger then the Server/Client merge of 1.3. The new code changes so much that we’re surprised that they didn’t name it Minecraft 2.0, as that’s what it looks like under the hood.

As such we will be taking our time on this update in order to rewrite numerous systems to ensure they work properly with the new Minecraft codebase. This will take a considerable amount of time to do properly, so don’t expect a rushed release. In keeping with our development philosophy, we aim for clean implementations where possible in order that developers can make use of all the new and improved features in 1.13 (And there are quite a few), rather than a hacky fix that would limit developers to a subset of the available functionality.

Due to the length of the expected changes and the likelihood that a great deal of modding development will remain on 1.12.2 (As was the case with 1.7.10), we are declaring Sponge for 1.12.2 to be a Long Term Support (LTS) version. This means that Sponge for 1.12.2 will be receiving not only bugfixes, but also new features as they are needed. Given that a lot of the core dev team will be focusing on 1.13 development, we welcome quality community-developed pull requests to implement or expand on our 1.12.2 functionality during this period.

Ore is now officially in Beta

In case you haven’t done so yet, take a look at the navigation bar above, see it? That’s right, Ore is now in Beta! After several years of development, our premier Spongineered Plugin Repository is making its debut.
During the Alpha, we’ve seen a lot of plugin developers already making use of Ore, despite its unstable nature during several phases of development, thanks to their feedback our wonderful Ore developers have continuously been working on refining the service to be put into proper use.

Now after this week’s development blitz, we’ve decided that Ore is ready to be accessed as a Beta service. This means that the platform is in a state that we consider to be quite usable but may still require bugfixes and additional development before a proper release. At this stage we will NOT be migrating Plugins from the existing Plugins category on the forums, until Ore makes its official release. 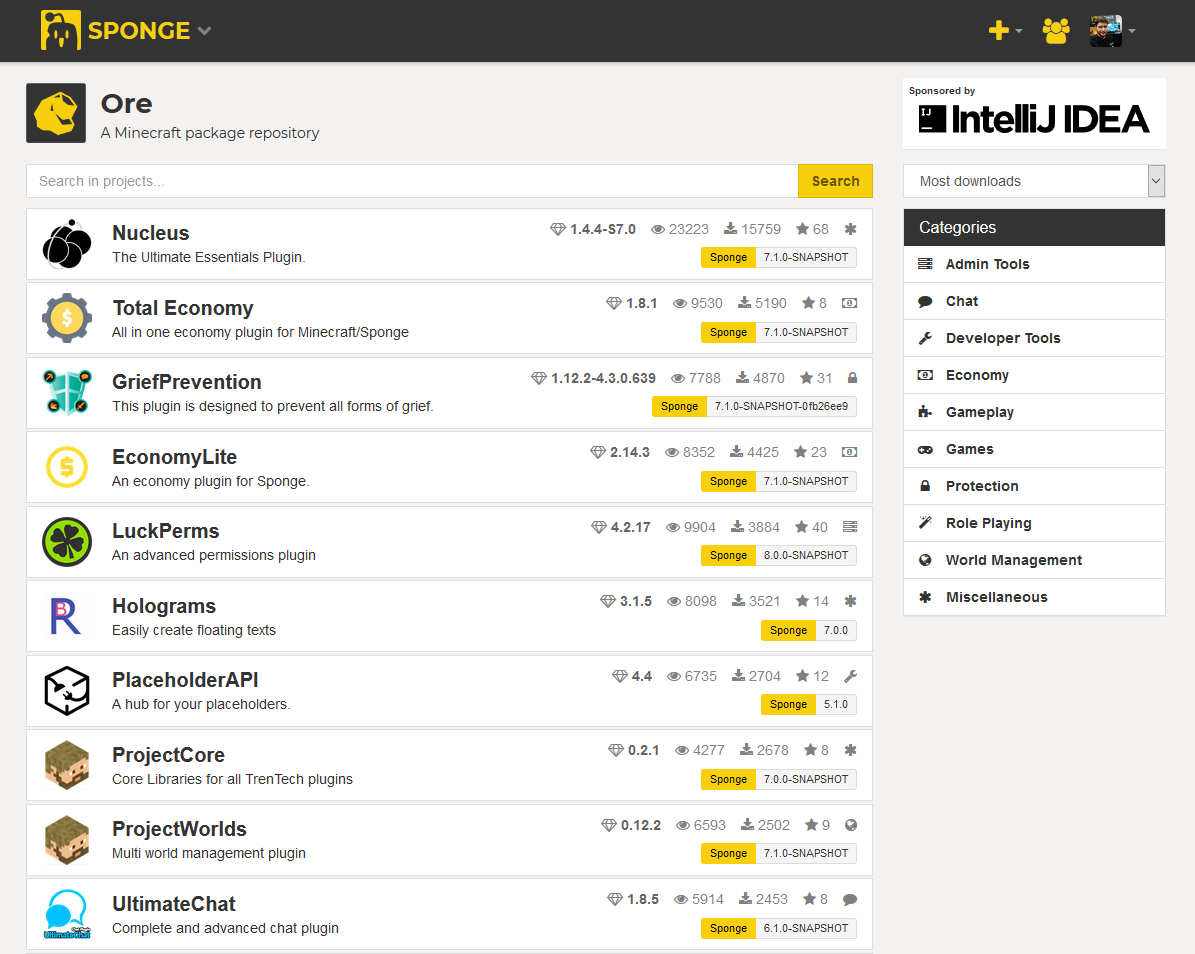 beats the drums of doom One dot thirteen….one dot THIRTEEN… ONE DOT THIRTEEEEEEEEEN We all know that 1.13 has been released and it brings a huge amount of changes structurally compared to the 1.12 codebase. But, fret not, the Sponge Development Team will continue working on 1.12 and 1.13. We have already planned ahead for the group of developers who will work on 1.13’s massive ~rewrite~ update, and the remaining developers will still be maintaining and bugfixing 1.12.

It is important to note that 1.12 support will remain as an LTS version of Minecraft and for the Sponge API. We will be diverting a lot of manpower to perform the API and implementation updates to 1.13, so some bug fixes may be slower than what has been seen more recently.

The latest recommended build of SpongeForge is build 3206, which is now roughly 70 builds outdated compared to the latest commits on stable-7. There are a lot of changes to say the least. A few of the big ones recently however involve a configuration restructuring to split off what was known as tracking into a separate configuration file, revamped world/dimension configs being reduced to improve duplication issues across config files, and lastly massive improvements to performance of Sponge’s own systems and dynamic management of event related optimizations to were we are beginning to see some similar performance prior to several implementation changes made for API 7’s release.

Many docs pages are now updated with refreshed information relevant to Sponge API 7. Some of this is still in-progress, so we welcome more hands. We’re also trying to clean up, update and semi-automate our sponge config page, which offers the comments embedded in the config file for translation. Thanks to ST-DDT ,@12AwsomeMan34, @Meronat and others for their magnificent and ongoing contributions, and to the many many many reviewers who showed their approval of the elevation of @Katrix to staff. We also welcome Ore Generalissimo @mbaxter to the Docs staff

New Staff Member:
@Katrix is a new Ore Developer that has slowly been improving the backend code over the last few months. We decided it was time to make him an official member of the team! Welcome aboard!

Promotions:
@Phase has been promoted to Ore Lead Developer for his outstanding work in getting Ore up to scratch for Beta. We look forward to him sorting out a great many Open PRs in future.

To celebrate the Ore Beta, we’re having another exciting Plugin Competition! Starting today and ending October 28th, you can enter your plugins into the competition for your chance to win one of several prizes. If you win, you will be able to select one or more games up to the total cost of your prize value which we will then send to you.

This time around, the theme is Minigames, however if you don’t feel like making a minigames plugin, you can still enter the competition but be aware that we will be reducing the scores awarded to non-themed entries to 75% of what they might otherwise be. (A 25% penalty)

To submit your plugin to the competition, first upload your project to Ore, then enter your link and details into our Entry Form

Requirements:
Here are the planned rules for future competitions. All plugins will be eligible for submission unless otherwise specified.
• Must be your own code.
• Must be submitted on Ore (last project file submission prior to deadline will be used)
• Must be a plugin for SpongeAPI (NMS and dependencies are allowed but it should be primarily SpongeAPI).
• Must be a OSI-compliant license with a public-facing source repository.
• Must be functional. Plugins that cannot run will be disqualified.
• Must be compatible with the current release version of SpongeAPI.
• Submission must not have won a Sponge Plugin Competition before.
• Only one submission per person. If more than one submission is found by the same user then we will only use the last submission.
• You must be 17+ or have signed approval from your parent/guardian.
• Winner(s) will have 48 hours to reply from time of contact else a replacement will be chosen. A community vote may be held to help aid the choice in replacement.

Prizes
You will have the choice between:

Prize options are not guaranteed and are limited by the availability of the given prize at the time of collection.

We leave you with a render of all the development efforts across the Sponge repos, enjoy! 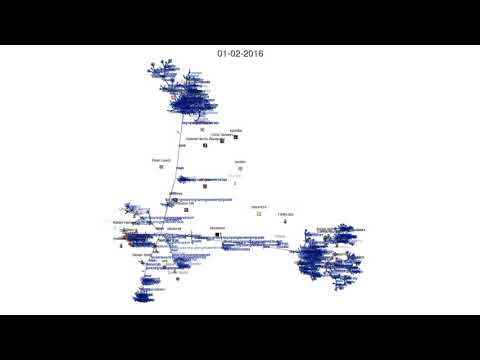