Welcome to another Sponge Status Update! Our developers have gotten rather carried away and posted a big old update below. We’re also keen to catch up with our community again and probably get beaten at our own game: Royale!

Before we start, we want to say a massive thank you to those of you who have donated in the past, now, or in the future, to keep the Sponge project going. As we alluded to previously, we have brought all the hosting in house, including the download locations and our Maven repository, to name but a few things, and there is a cost to that. 100% of your donations help keep our infrastructure going.

If you feel like you want to donate a little for our cause (other than your love and gratitude), we do have a Patreon that you can subscribe to.

We also want to say thank you to our current sponsors, Bisect Hosting, MC Server Hosting, Apex Minecraft Hosting, CreeperHost, JetBrains, YourKit and TripleQuote who support us, either financially or with free access to their tools, in our ambition to be the greatest Minecraft plugin platform! Our current sponsors can be found on our home page , along with on our download pages. If you want to sponsor us, you can find out more here.

Of course, we also recognize that many of you can’t donate money to us, and that’s totally OK! We have plenty of other ways you can help. If you know code, write plugins for our platform, or help us with Sponge/Ore development! If you know how to write, the Docs team are always looking for people helping us to write our docs to help others! Or just come into our Discord channel or wander around these forums and help others out!

With that all said, let’s get on with the update!

We know that you have all been waiting for API-8 and 1.16.5 builds for some time now – we’d like to share some news and some timelines(!) with you so that plugin developers and vanilla server owners can start thinking about updating!

API-8 is getting to a point where we don’t have much more we want to break with it. There are a few more renames and method changes that we have slated to fit in with 1.16.5, but nothing particularly major is expected. Here’s what to expect over the next few months (please note that these time frames, apart from the soft freeze, are approximate).

Now: wrapping up the API

We have not yet frozen the API, meaning that API changes are still able to be made and so plugins made for the API-8 snapshots may break without warning. There are some breaking changes we still want to make – current PRs and Issues that would be a breaking change on top of what we have are detailed in this project in the Breaking column. It is important to note that not all of these changes will make it, and that some final changes may be made.

Plugin developers should check the API and make sure that what they want to use is in the API now and file issues or, better, pull requests requesting such APIs. Any PRs must come with implementation in the Sponge repo to be accepted.

If you want to bat an idea about, come talk to us in the #sponge channel on Discord. We’ll be happy to help you set up a PR and guide you through implementation. 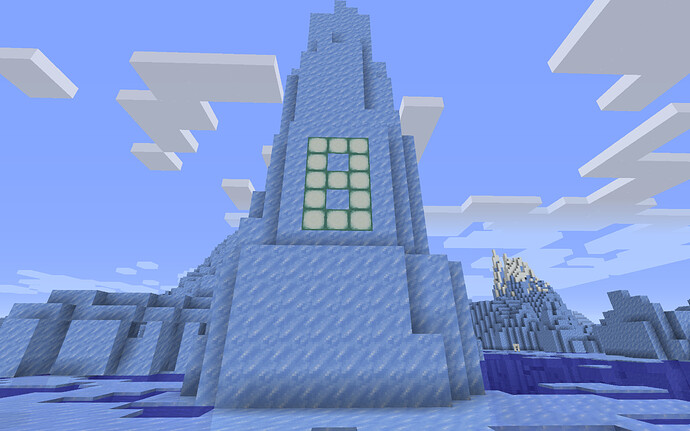 At this point, plugin developers should start to update if they haven’t already as only critical breakages to the API will be made.

Sometime after the soft freeze, we’ll freeze API-8 completely and release it. From the hard freeze point, developers can expect no more changes to API-8 that will break their plugins at all.

At the same time, vanilla 1.16.5 builds will be available for testing as beta builds. We will not have SpongeForge builds available at this time.

Around mid-summer, we expect SpongeVanilla builds to be stable and to be on the recommended build cycle. API-8.1 will be in development to add new features that missed out on 8.0 and don’t break the API. We also expect to be making progress to a SpongeForge build by this point.

Unlike API-8 and 1.13 1.14 1.15 1.16 which has taken us some time, we’re already keeping up with snapshot builds! We have the ability to build SpongeVanilla for snapshots and we’ve been updating our API to mirror the snapshots. As a result, experimental builds for 1.17 will likely be available shortly after release.

It is entirely possible that 1.17 is released before SpongeForge is available. We still expect to provide SpongeForge for 1.16.5 before we do for 1.17. 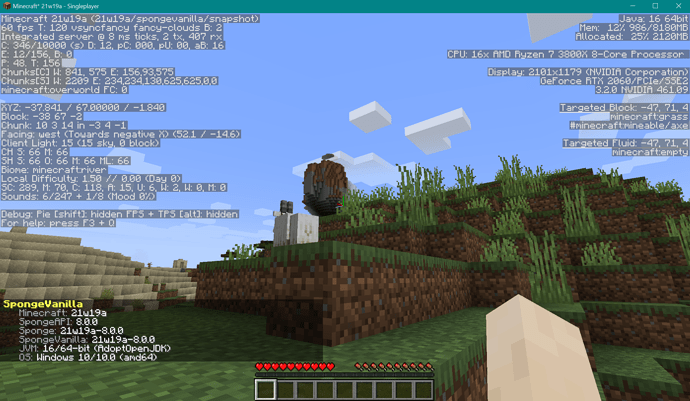 As you all know, we have increasingly spent our time on API-8 and implementing Sponge for Minecraft 1.16.5. API-7 and Minecraft 1.12.2 has been our stable version for so long, but it now seldom sees updates and we need to look forward. Thus, we want to share our end of life plans for API-7.

This week, we will take the current state of the API and release API 7.4 and a corresponding Recommended Build. We will not be working on any new features for API-7, no new releases of the API will be made. We will continue to support the implementation (so SpongeForge and SpongeVanilla) on a critical issue basis only until we have released API-8 implementations.

We will still accept PRs but we will not spend any time working on them ourselves. In order to be able to make API-8 and Sponge for Minecraft 1.16.5 as good as they can be we need to be able to focus on making sure that modern Minecraft can have the plugin API you all love and deserve.

As we move towards the release of API-8 and its implementations, you’ll be hearing a bit more from us. There’s a good deal of testing to be done (a good excuse for running our events) and we’ll have plenty of cool stuff to show off.

The next State of Sponge will be held following the API-8 freeze so you can talk to our devs about all the cool new changes, but if you’d like to catch up with us in a less formal setting you can join our next round of Royale! (Details below)

We’re also looking forward to the return of the Sponge Plugin Competition once API-8 is hard frozen to ensure stability. Please stay tuned for more information and dates!

The imminent move from the API-7 branch means that any changes should be submitted before we update SpongeDocs to API-8. Send your API-7 documentation PR’s in now! There is already an API-8 branch that you can send PR’s to right now too, and it will go live once the API-8 release is official. More contributions are always welcome, and even suggestions for structural change will be considered.

On the maintenance front, the new Docs automation is working well (many thanks to @felixoi and @progwml6), but Docker is giving us technical problems publishing at the moment. We hope to have that resolved shortly, in time for the API-8 release!

The ever-busy @gabizou is hard at work on System of a Download, our replacement for the Sponge Download site moving forward.
You can take a look at the Github repository right now and we hope to share the site with you once it approaches the testing stage. 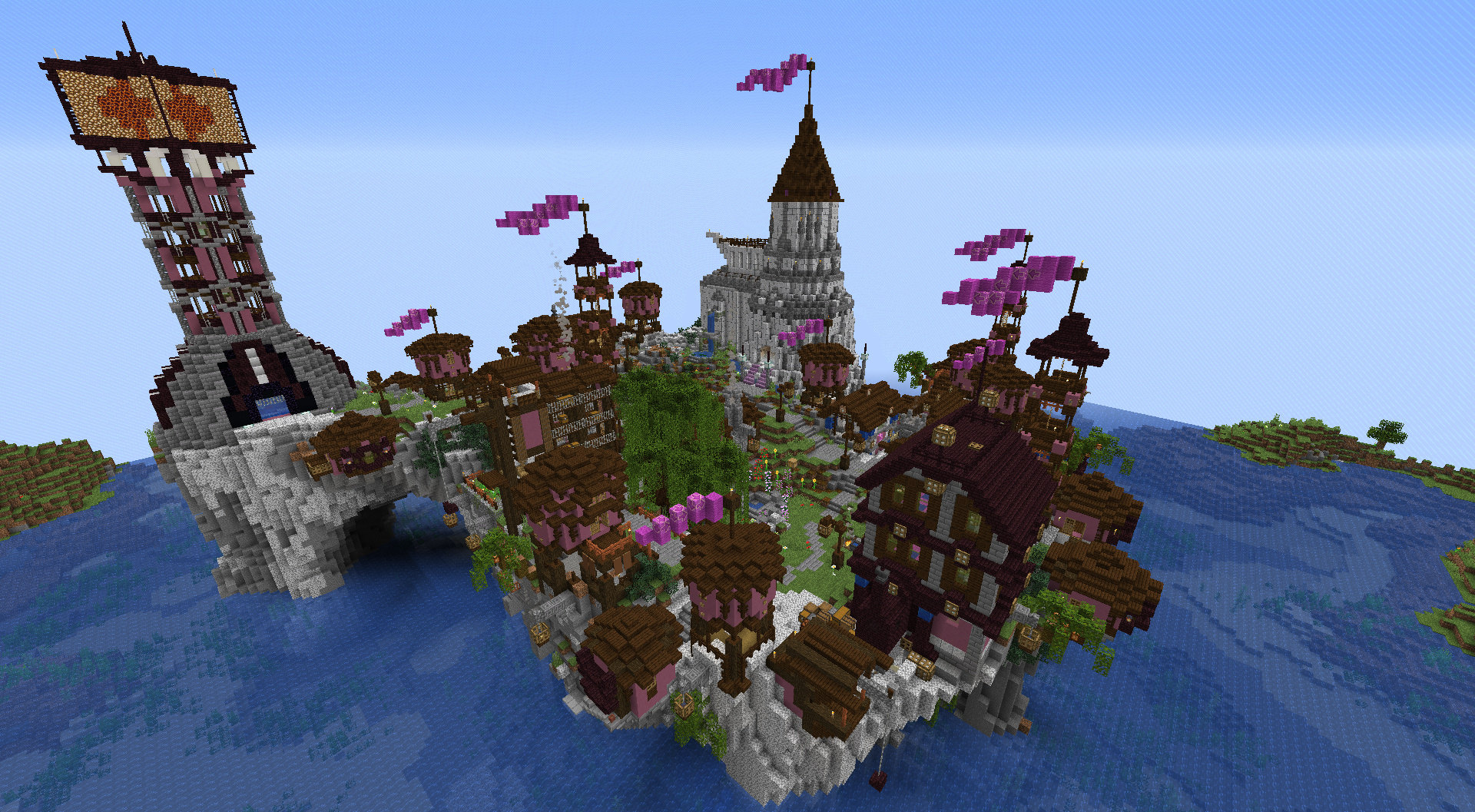 We loved the last Royale so much that we’re bringing it back for its second standalone outing! Our last game was more popular than expected so this time we’re going to be increasing the player counts for each map. Please prepare yourselves for the utter chaos that is going to ensue!

Once again we’ll be playing on the Sponge Community Server demo.spongepowered.org with Minecraft 1.16.5 and streaming on Twitch. We hope you’ll join in on June 5th at 21:00 UTC.