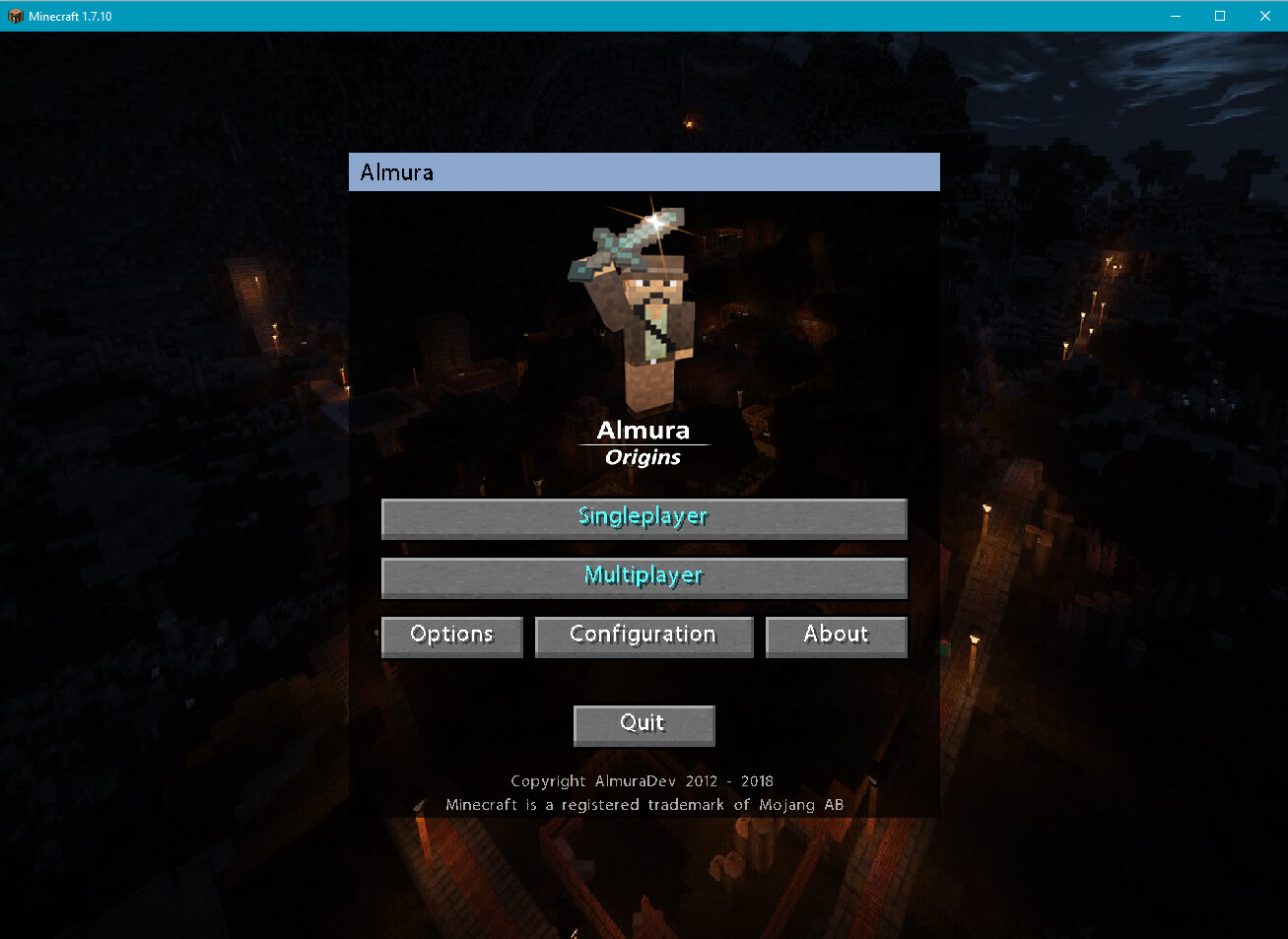 Any many of you know @Zidane , @Grinch and I have ran a public server for many years called Almura. We started out under the old Spoutcraft platform and have been slowly playing catch up version wise. We’ve been actively working on Almura 3.0 which will be our move off of the Cauldron platform and into the SpongeForge environment. This transition has taken much longer than we had originally anticipated so as a stop gap measure we decided to release a pre-sponge version called Almura Origins.

Almura Origins is all about getting back to the basics of Minecraft with a few exceptions. Almura Rediscovered - version 2.0 was all about industrialization and magic, unfortunately that had an unpredictable result which resulted in a terribly broken landscape, inconsistent magic and a ruined economy. Almura Origins set out to solve that issue. We’ve gone back to our roots by including only a few of the mods we introduced in Almura Rediscovered which include: Bibliocraft, CustomNPC’s, CarpenterBlocks, Dynmap, InventoryTweaks, IronChest, MalisisCore & Doors, NotEnoughItems and Railcraft. We’ve done a complete world wipe and regenerate, complete economy wipe, residence, the entire thing. The only world that remained was Asgard which is now considered our main world now.

I encourage everyone to come take a look at our server. We’ve been around since beta 1.3.2 and I promise, eventually we will move to 1.10.x under the SpongeForge environment.

Posting some pictures of some neat features on Almura 2.5 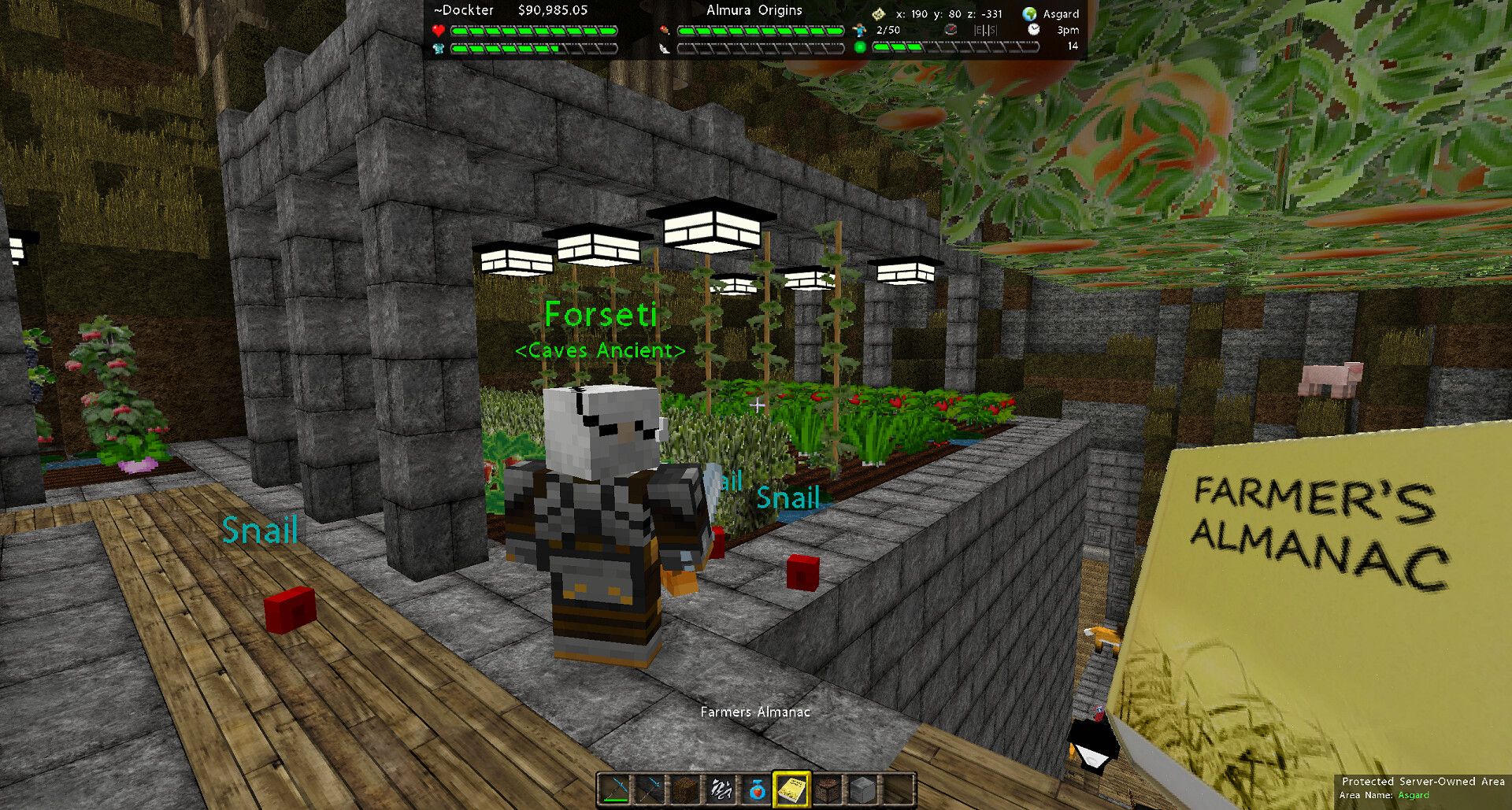 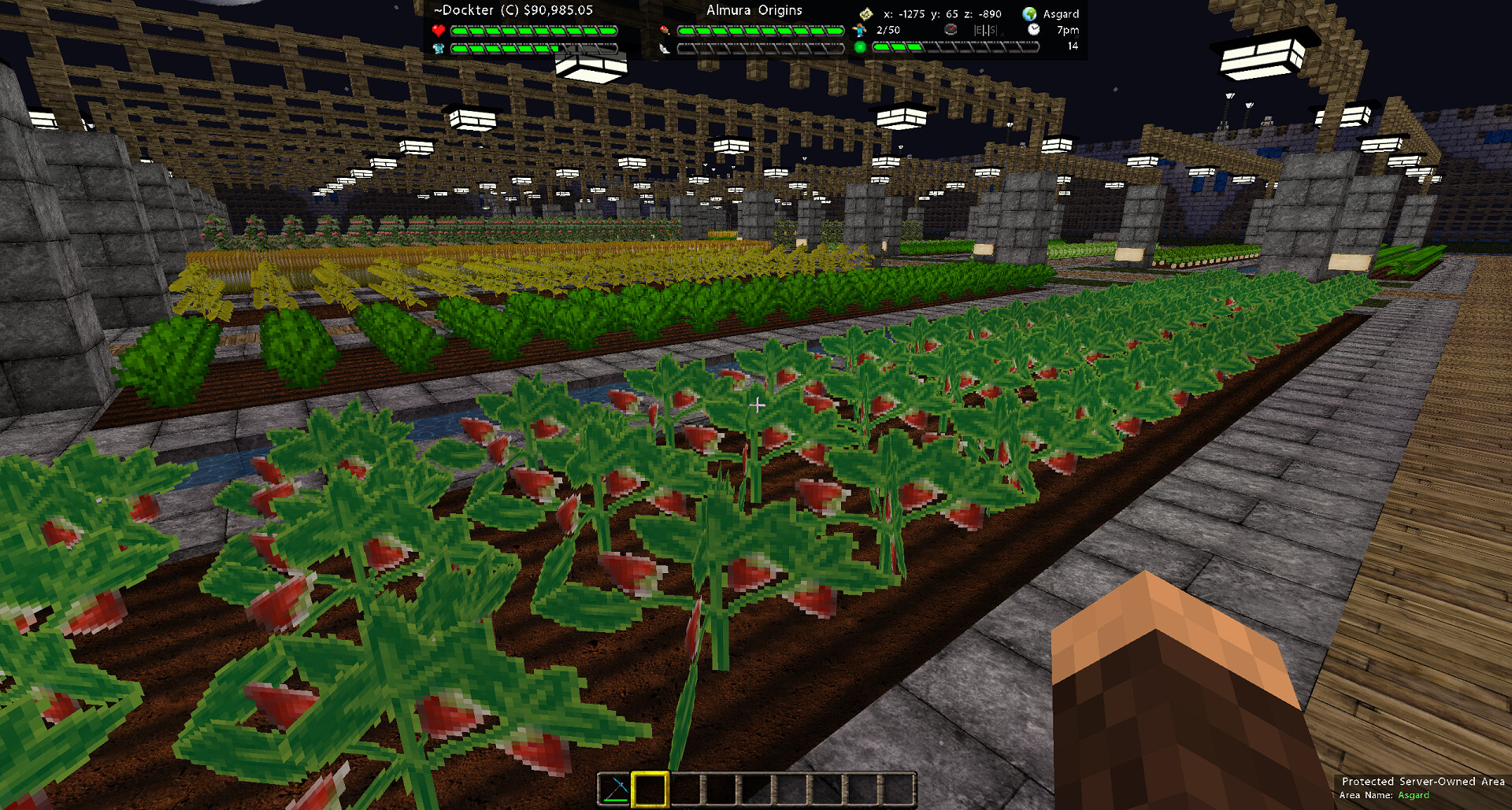 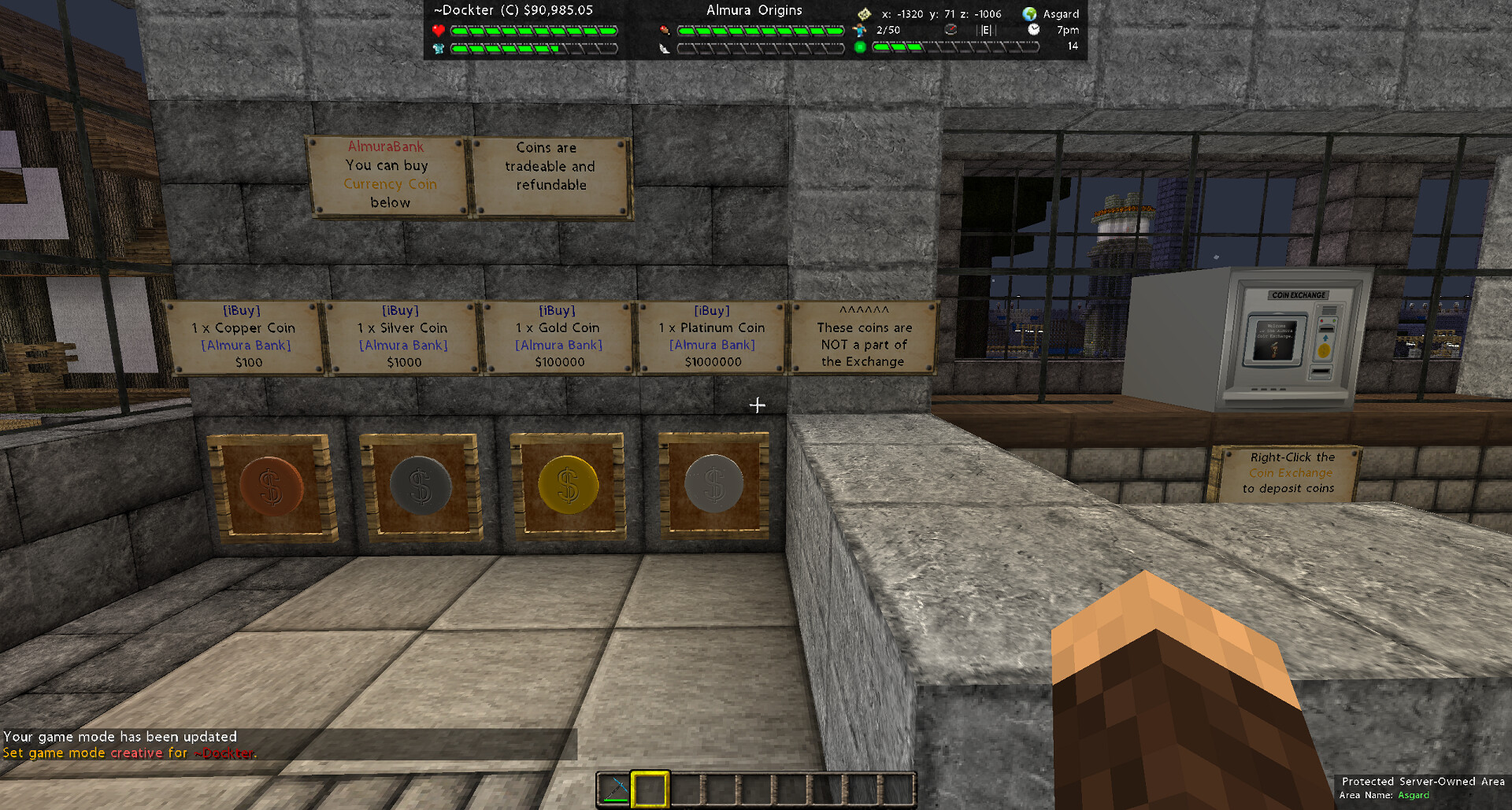 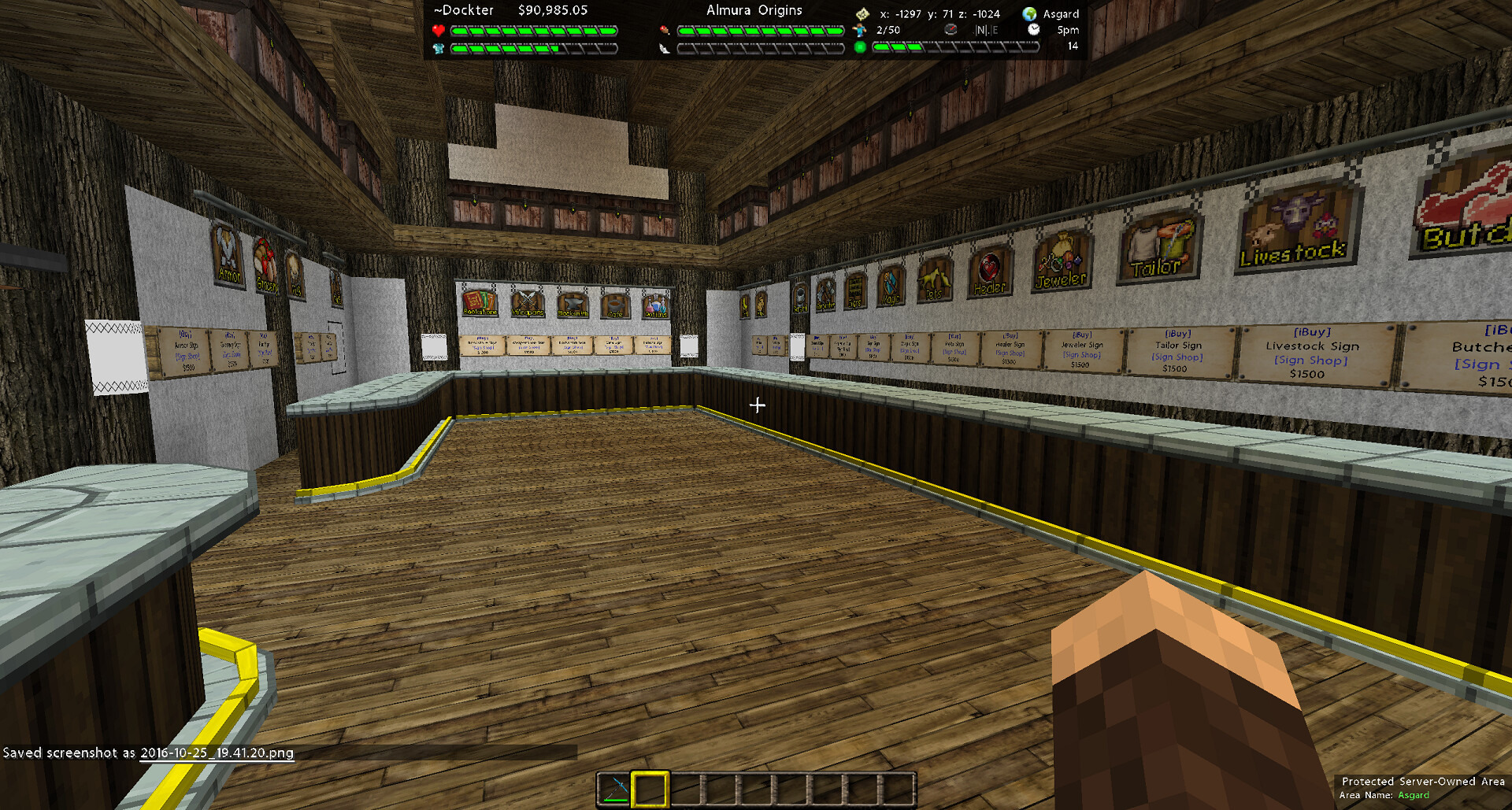 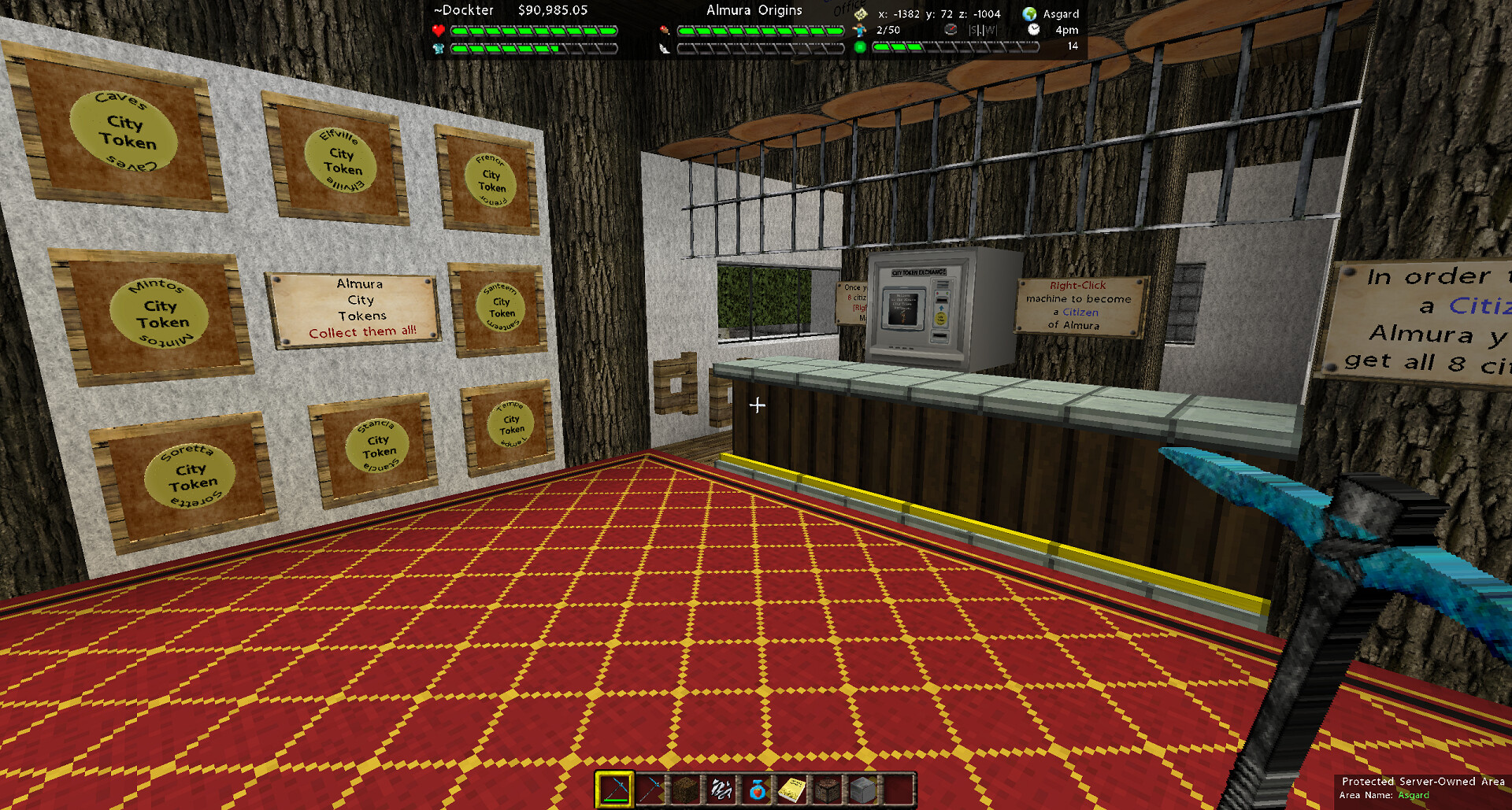 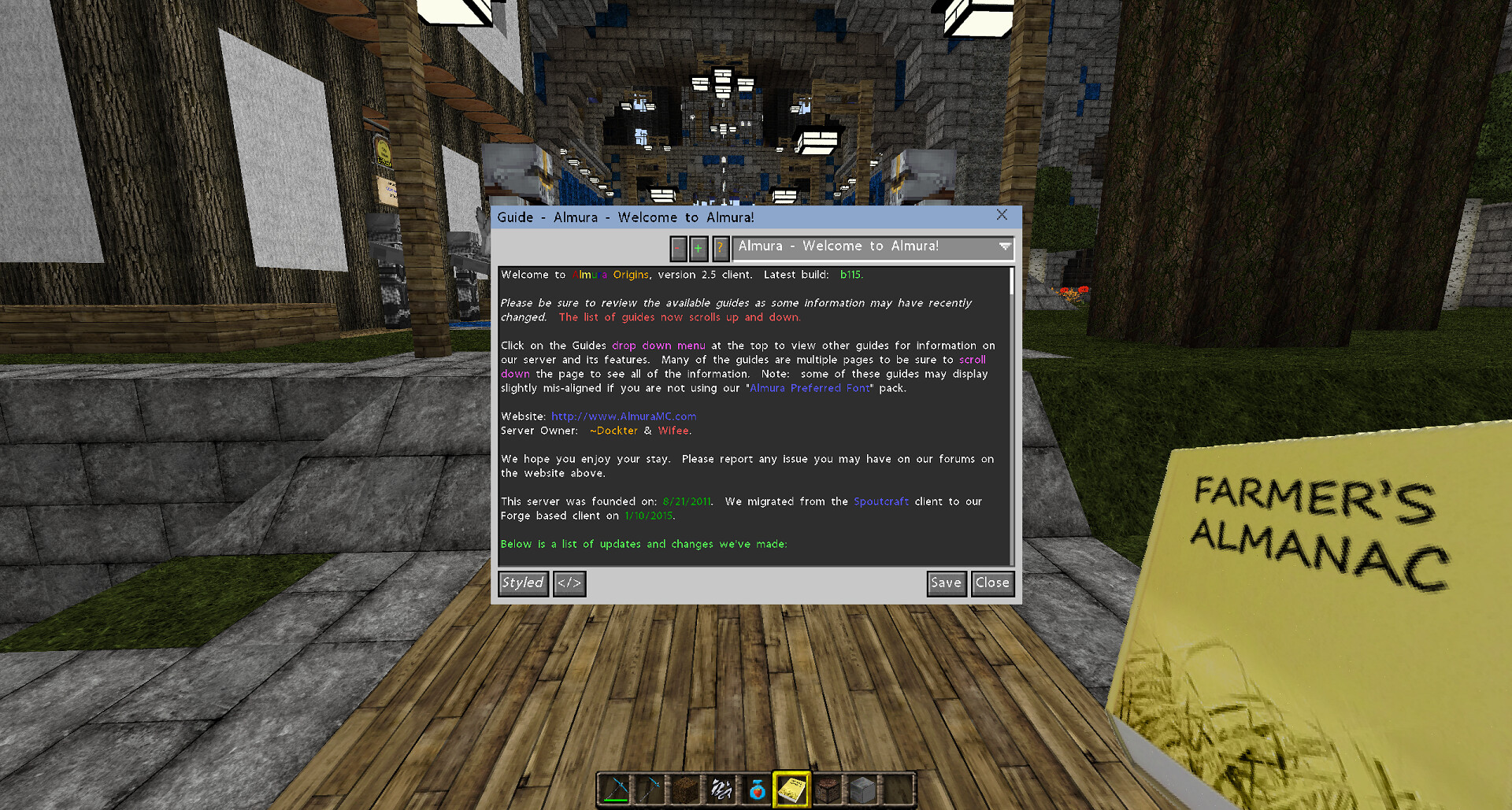