This is pretty self explanatory. Are there any iPad apps for programming in java that are 100% free, let me reference libraries, and does not make me buy compilations >:O 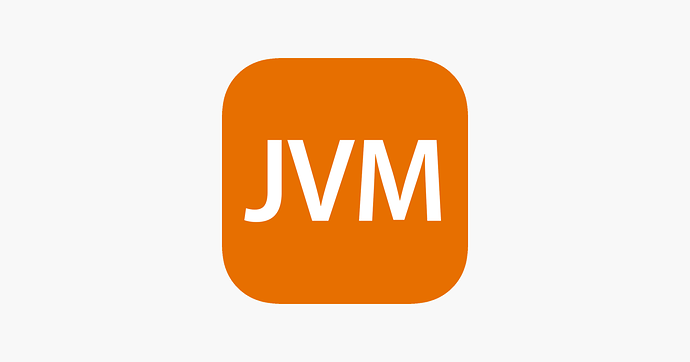 ‎A classic JVM programming language for iPad, iPhone and iPod touch. Programming language is a perfect tool for studying, complex mathematical calculation, entertainment and many other useful tasks. The application is especially useful for learning...

Ive used this a tiny bit.

You have to buy compilations.

I don’t think that is necessarily free. Any ideas?

JVM actually stands for Java Virtual Machine, which is the piece of software that reads your compiled java code (bytecode) and executes it. So actually it is Java that it’s going to execute.

By definition, Java is composed of two parts, the Java Runtime Environment (JRE), and the Java Development Kit (JDK). The JDK provides all relevant development libraries, while the JRE installs the Java Virtual Machine (JVM) which interprets Java bytecode. To elaborate, developing on Java kind of goes something like this:

This is where the power of Java comes into play. Since everything is compiled to the same bytecode, as long as a JRE exists for the machine you want to deploy to, the code is EXACTLY the same for every machine (thus why Minecraft works on Windows, Mac, and Linux right out of the box).

Dude, my problem is that I need an app that is 110% free that I can program my java in. I do not need a tutorial on that, I just need an app that I can use to code, test, and possibly compile a project, maybe use it on github? Maybe there is a website that does this?

Don’t use mobile apps for programming Java. There aren’t (m)any good ones.

I am rarely home during the day, and when I do get home I never have time to code. My only time is on-the-go, (I do have a wi-fi connectino

Why would you ever program on a phone? That would be the most frustrating experience for me. I am the person with three monitors and when I have eclipse running I have so many windows and tabs spread across all three.

I don’t know of any good Java online sites. Really, how we all learned Java was by getting a good tutorial set, downloading Eclipse/Netbeans, and having at it.

Look up thenewboston on youtube, only worthwhile video tutorials out there

I am on an iPad with a bluetooth keyboard

Thats a bit better… get a vnc app and connnect to your computer, run eclipse on it.

Textastic is a fantastic code editor, but cannot compile anything.

Last I checked it’s $10, but very worth it if you intend to do anything with code on an iPad.

Maybe even install something like ServerAuditor to connect to a remote server, and you can just use Textastic to upload your code and compile it on the server, if you feel so inclined.

Dude, my problem is that I need an app that is 110% free that I can program my java in. I do not need a tutorial on that, I just need an app that I can use to code, test, and possibly compile a project, maybe use it on github? Maybe there is a website that does this?

The point I was making is that what that post is referencing as far as I can tell is not an IDE (Integrated Development Environment) which is what you seem to be asking for. Not to mention you blatantly pointed out the difference between JVM and Java.

Anyway, as far as a free solution on Mobile, that entirely depends on what is available on the App Store. Not only that, it would be needlessly over-complicated, especially for someone just learning such as yourself.

If you are on Windows, I recommend you get the newest 1.7 version of the JDK here which also includes the matching JRE. From there, I would recommend grabbing InteliJ IDEA, which is a free IDE for Windows, Mac, and Linux, and the IDE of choice for the majority of the Sponge community.

Ultimately, you could program in Notepad (or TextEdit on Mac) and use a command line to compile, if you so chose. You don’t need anything to program in Java besides the JDK and a keyboard. IDE’s just make your job as a developer easier.

As far as Github goes, I personally recommend SourceTree, though Git is a completely different conversation.

As far as Github goes, I personally recommend SourceTree, though Git is a completely different conversation.

I never found SourceTree to be enjoyable enough to use - weird reasoning huh?
I’d recommend the GitHub client for Windows if the OP is just getting used to things.

I never found SourceTree to be enjoyable enough to use

My two cents - I love github’s client for working with github. SourceTree is fantastic when using a “standard” git repository where you don’t have a simple interface provided by the hoster, like GitHub and BitBucket have the nifty web bits.

The GitHub client has only got better recently and with the latest update I really love using it.

@charries96 I had never used github’s official client >.< How is IntelliJ’s built in VCS though?

Guys. Here is what I need on this thread.

An IDE for IOS. Any suggestions?