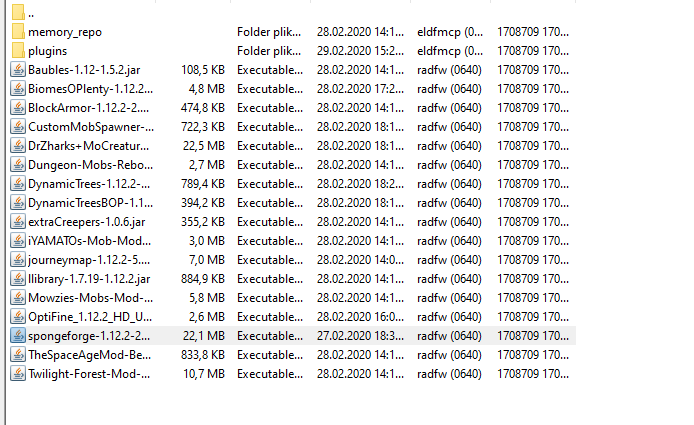 When I (and other players) try to place blocks, put on clothes or attack mobs from mods there shows a message on chat "You do not have access to ".
It works in a really weird way for example my friend placed a ruub ore while I couldn’t.
Biomesoplenty generated the world
emphasizing that before it the mods didn’t work as well.
Different dimensions work.
I can spawn mobs from mods (spawn eggs) but I can’t kill them or even punch them. 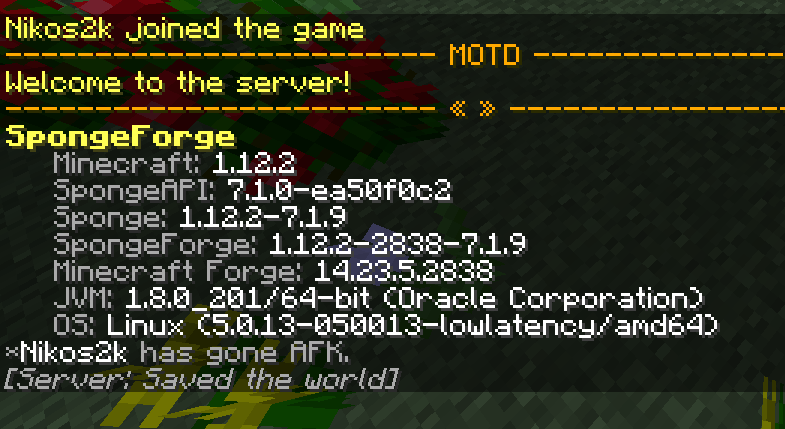 Typically the message of

Means that your server permissions are not set up correctly. Looking at your mods, i can not see a permissions manager (i may have not seen it and its obvious) meaning that everyone who isnt OP will not be able to do anything that your mods/plugins restrict without permission.

As your issues are for interactions, i would suggest looking at the nucleus permissions

Also just so you know ‘*’ isnt supported on sponge, luckperms doesnt even property support it, its only used for bukkit file converting.

Also im guessing you have changed the sponge loading directory to ‘mods/plugins’?

Edit:
Oh and if i remember “bioms o plenty” has issues with sponge. Most people get around this by pregening the world without sponge and then removing the mod and adding sponge. Not sure if its the issue you have 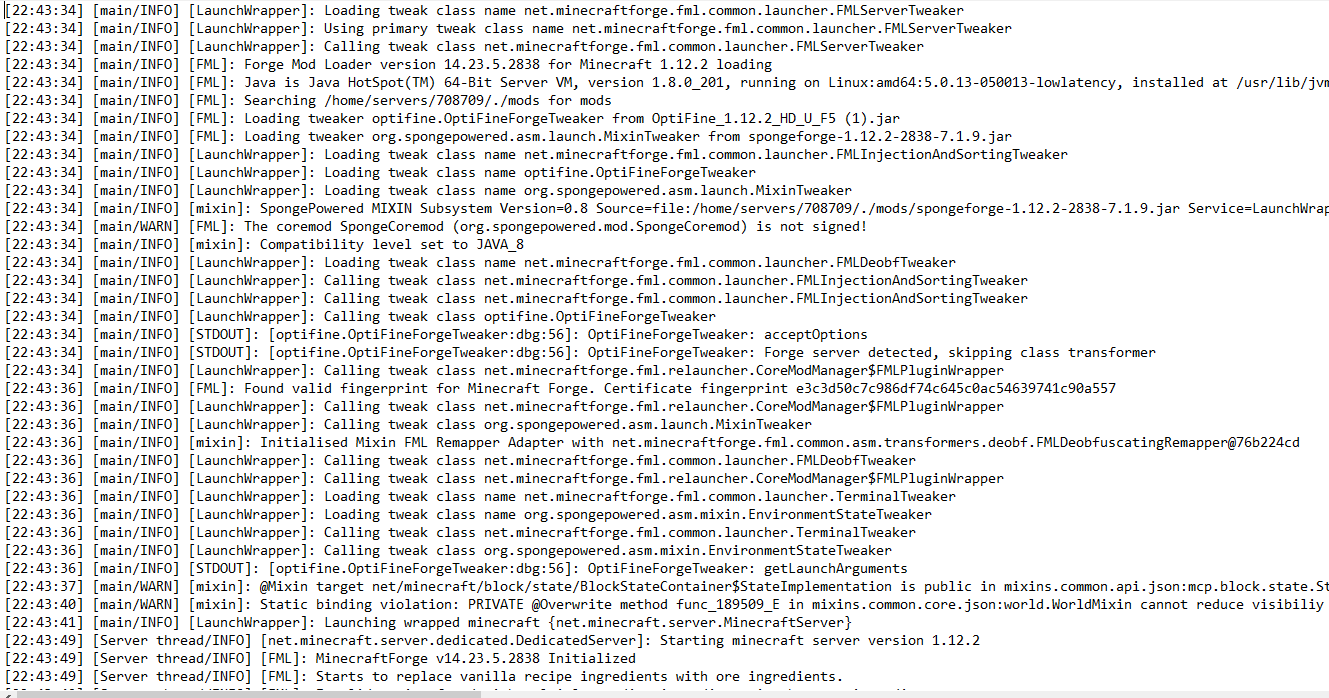 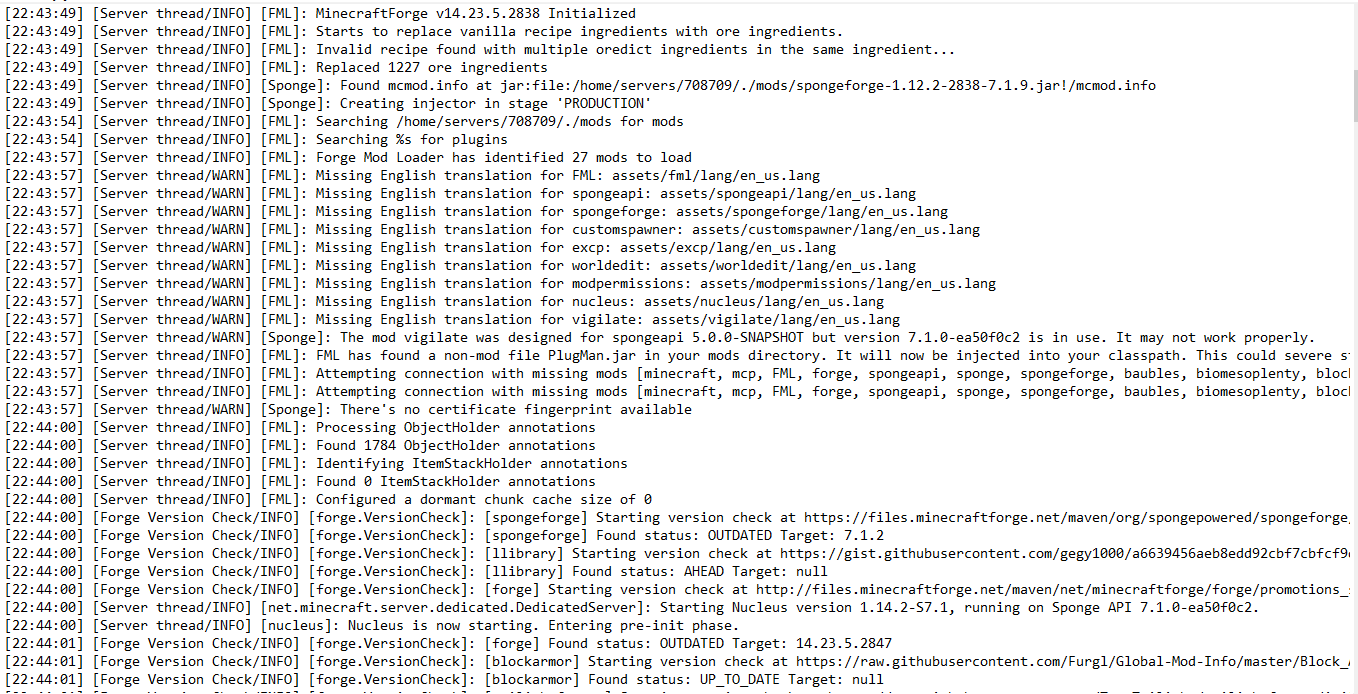 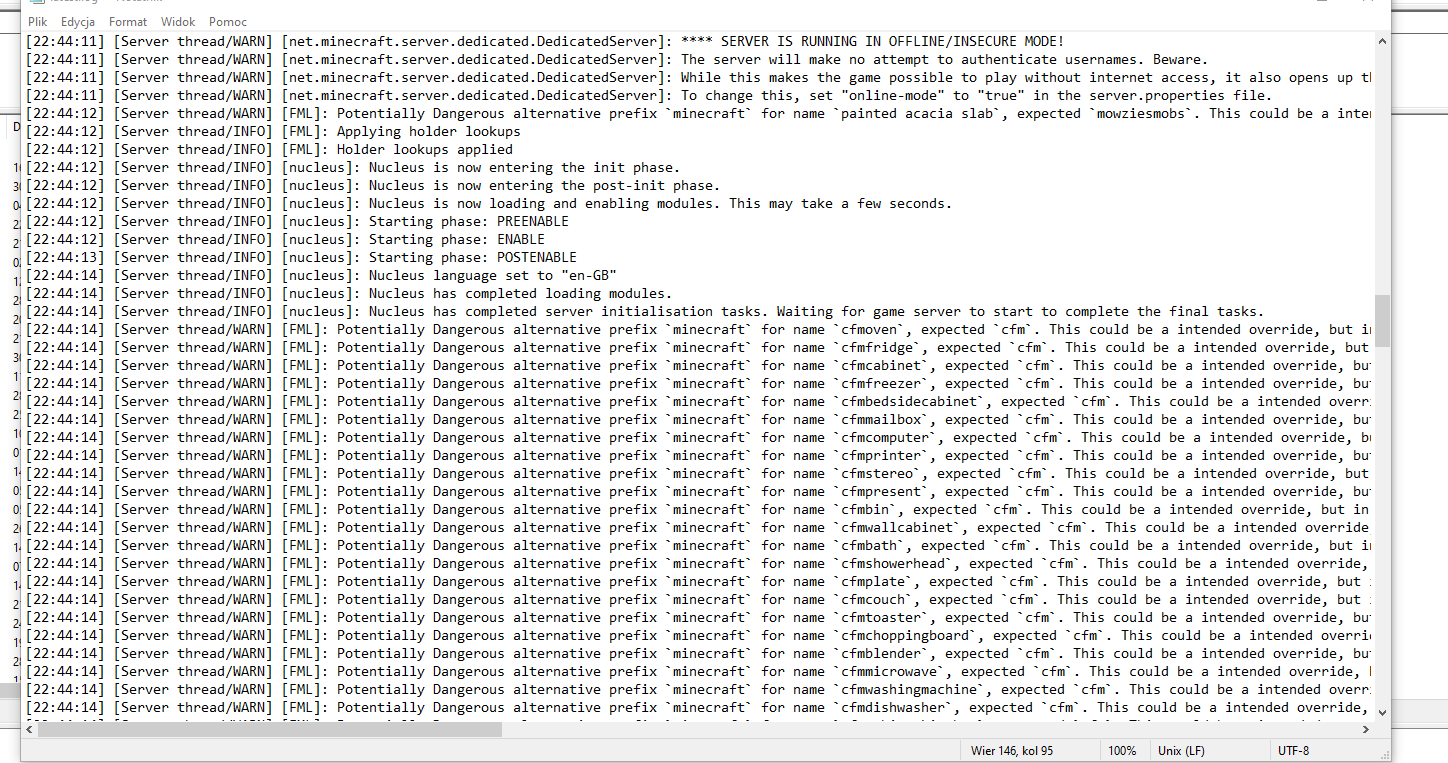 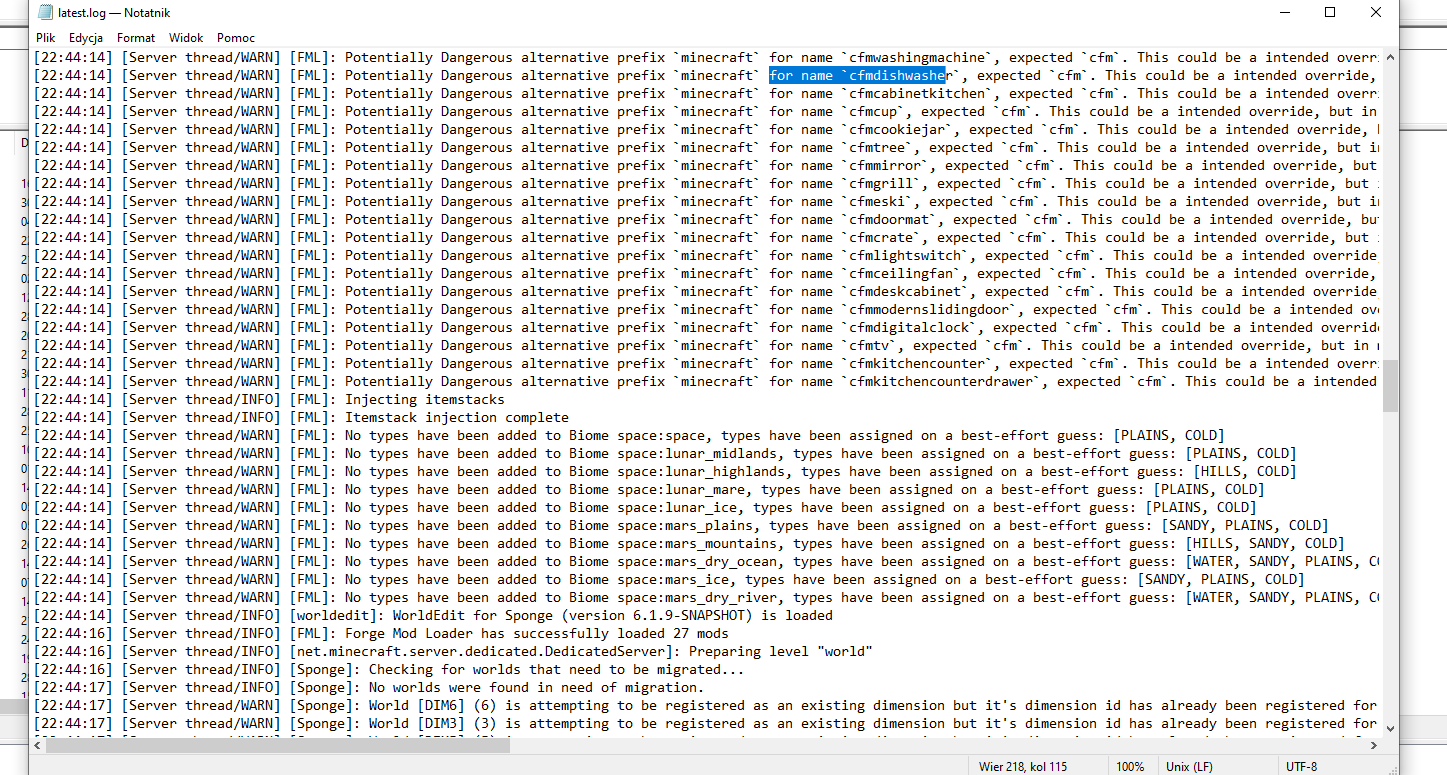 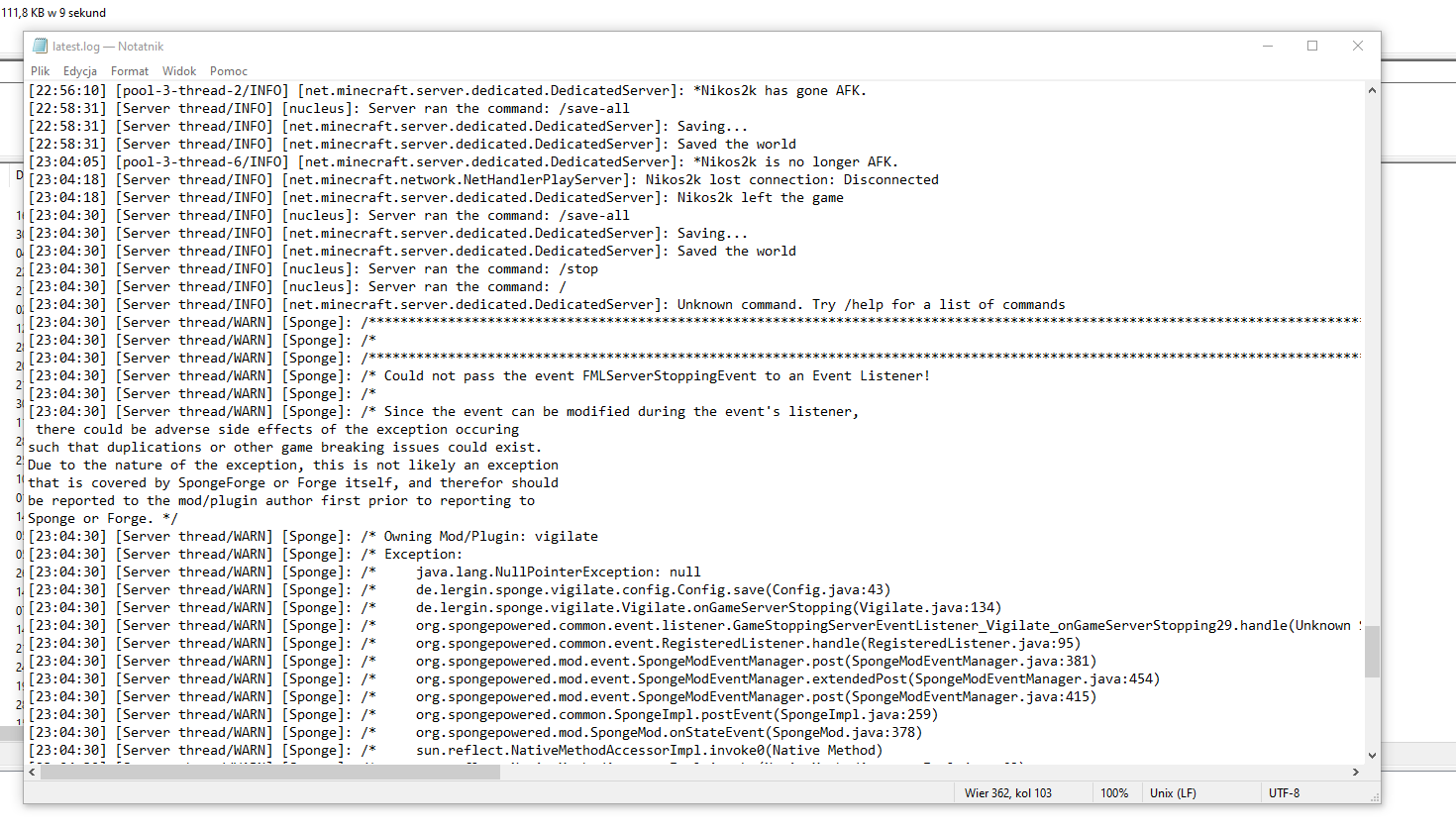 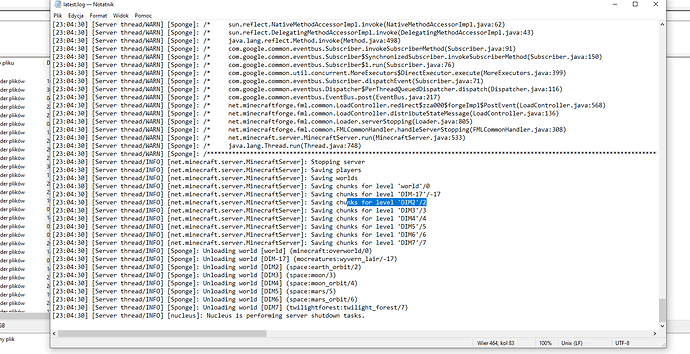 image1535×788 94.6 KB
I can run the server once for shorter log.
I saw an exception with Vigilate plugin in this log
Generating the world with biomesoplenty wasn’t a problem
MoseMister February 29, 2020, 10:36pm #6

Can not remember the issue with biomes o plenty. Not sure if it was a generation issue. As for vigilate, yes its crashing, never good to have such a thing on the server.

As for could not access anything. Did you interact with anything or just turn the server on then off? Also next time you post a log just copy and paste the text into paste.org its a whole lot easier for both of us

I mean the server was on for a few hours or at least 1 hour becuase it’s hosting and yes I did interact with things even before turning the server off.
I made plugins directory in mods that’s right.There I got my plugins.

Try removing the vigilate plugin. See if that fixes your entity spawning issue

No it didn’t fix this issue

i get too many web links error while posting log on paste.org
Can you tell me what permissions use on sponge version of Luckperms?

Just take a look at the plugin pages. You only have 4 plugins so it wont take long

Yes and no. Lets say there are these permissions

To have the first two only you would just write

So all permissions that start with ExmaplePlugin.permission will be added. So the * equal for sponge is the first node in each mod. Hope that helps

And is it possible that I give all existing permissions to me?
If my thinking is good in bukkit it was possible with *

How can i set LP permission for me? What was it?
to have access to luckperms commands
What’s the permission node? do you remember?
OK I’ll check it by myself.
Thanks for helping. 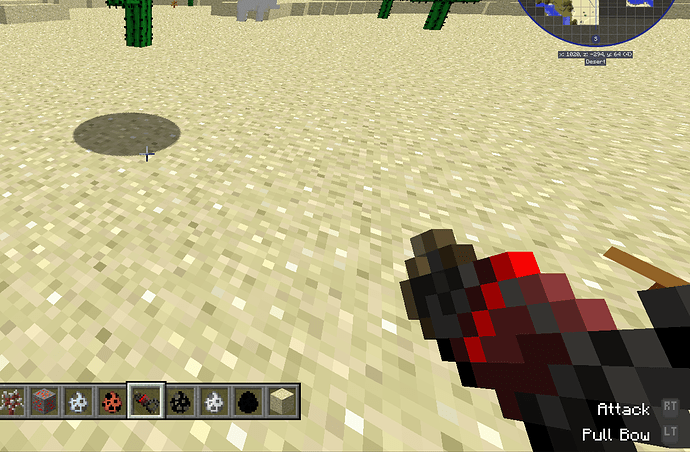 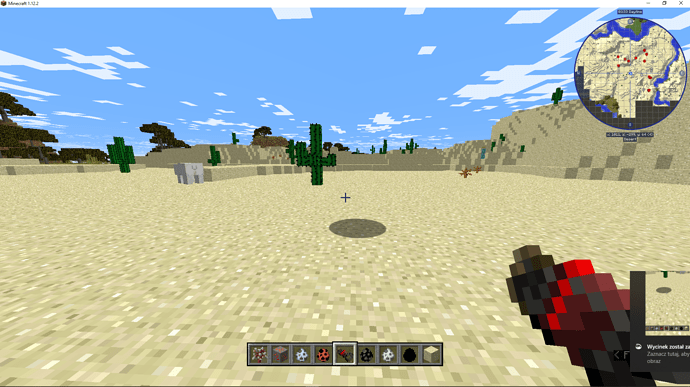 image1920×1078 857 KB
I still can’t see textures of some mobs, I can interact with them.
The LT RT as you can guess are from jostick controlling mod
PandaBear BlackBear GrizzlyBear and WildPolarBear are the mobs I spawned.
I rejoined the server and still can"t see them.
MoseMister February 29, 2020, 11:23pm #19

Its not possible to give all permissions from every plugin due to the danger of giving someone that sort of power (think of the mods).

As for the fact you can interact with the mobs and see a shadow suggests to me that its not a fault on the server side but instead your client side as the client is the part that does the processing of textures.

So what Can I do? change my graphics settings?
Oh I don’t have optifine installed that’s probably because of this