The main concept is similar to the most of recent mmo games. Players are able to choose between different classes with different skills, races or create guilds…and also kill each other in many various ways.

For killing mobs players gain experiences and levels. For each level player can gain some skill points and some attribute points which can be used for learning new skills, upgrading skills, or for upgrading player’s attributes such as damage, mana, health.

As an administrator you have to take care of a game desingn. This means before you can start playing you have to create classes, skilltrees and races which your players can choose. This is done by creating simple configuration files. Each class and race can have its own advantages and penalities. Some groups might have bonus to mana regeneration, while others will deal more damage with axes. Each class can also have a skilltree. For each skill you can define its connection to other skills in the tree and how much will the skill change when a player deciedes to spend some skillpoints.

If you are a developer the plugin has a modular skill system and easy to use api. You can either write new skills with javascript or with java. If you would like to see some examples check wiki or decompile (im very lazy person and i have not setup github repo for skill examples) Skills jar which you can grab from the releases on github.

Plugin installation is not plug and play. Please read the wiki where you can find detailed guide how to setup Hibernate. Any sql database is required.

Todo list is quite huge so i will write here only points which i want to solve in near future.

Those features are not fully implemented due to bugs in sponge inventory system.

Hi,
I’m trying to use your plugin on my server, but I have this error. http://pastebin.com/bAubfrVH. I have NTCore, but it crash too.

Hi, i accidently marked new release (0.0.9) as a draft, which is not visible to public, Please redownload latest version https://github.com/NeumimTo/NT-RPG/releases/tag/0.0.9

Now to your error:

[cz.neumimto.core.ioc.IoC:build:61]: java.lang.InstantiationException: org.hibernate.SessionFactory
This means that object session factory has not been sucessfully created, you have something wrong in your database.properties file. Please upload your whole startup log. The exception im looking for should occur during NTCore startup.

If you’ve not edited the database.properties file yet, check the plugin’s wiki for more informations https://github.com/NeumimTo/NT-RPG/wiki/Setting-up-a-database

Thank’s for the support

It seems like you dont have jdbc driver on your classpath. If you are going to use postgre sql as your database put this jar into your mods folder https://jdbc.postgresql.org/ if this wont solve your issue paste here your database.properties file

I think you should really read the wiki, this is not plug and play plugin. Your database.properties is generated default, it wont simply work on your machine. Those settings are settings for my localhost database. The generated file is only template for others.
change these:
hibernate.hbm2ddl.auto: create

This is again defaut, You have to change this value to match your database name.
hibernate.hikari.dataSource.databaseName=project

Hi , I know this is not a plugin plug and play ! : s I just trying to understand everything well and use it to the maximum. I’ll start from scratch with your latest information and I 'll be back . Thank’s for your time.

Hi, I finally started my database correctly. I’m using Mysql and this is my setup.

Now, I have another error http://pastebin.com/yhy3GjKY

um, yep this seems finally like an issue on my side. For now delete content of the file Main.js (but not the file itself) in NtRpg folder. I will fix this later today.

@Lord_Munster You can either delete folder scripts, the new version will generate correct main.js now, or replace content of the main.js file with this
https://github.com/NeumimTo/NT-RPG/blob/release/0.0.9/src/main/resources/Main.js

Without the gui mod mana status is printed into chat. Thanks to djxy for pr.

It’s working now. Cool !!! Thank you for fixed the issue. I can explore your plugin and having fun with joy. Thank you

I finally updated repository with skills 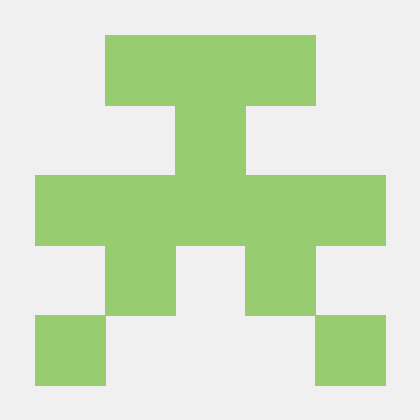 Contribute to NeumimTo/NT-RPG-Skills development by creating an account on GitHub.

You can find here examples of skills written java and javasrcipt. Once the plugin become more stable and finished i have plans to exapnd this pack and add more skills.

It’s just like you said this is not a plug and play plugin. I’m sure it’s great but i just can dream of it because i’m way to stupid to get it started -.-

feel free to ask anything here

the problem is i don’t even know what to ask because i don’t know what should happen. I can’t imagine how this works.:'D