This is a discussion topic for the Ore project, LuckPerms. View the full project on Ore for downloads and more information.

LuckPerms is a permissions plugin for Minecraft servers. It allows server admins to control what features players can use by creating groups and assigning permissions.

LuckPerms is currently the only maintained and ‘working’ permissions plugin for Sponge servers.

For more information, see the wiki article on Why LuckPerms?

The latest downloads & other useful links can be found on the project homepage at luckperms.net.

The plugin has extensive documentation available on the wiki. Please use the resources there before coming to us directly for support.

Support for the plugin is provided on Discord. If you have a question which cannot be answered by reading the wiki, the best place to ask it is there.

If you would like to report a bug, please open a ticket on GitHub.

In order to deliver it’s functionality, LuckPerms will under some circumstances make connections with and communicate with external services outside of the local server.

The nature of these connections are detailed on this wiki page.

You’ll be told by most people that using wildcards in this manner is bad practice, but it’s exactly the same as PEX’s defaults system.

I have a few general questions regarding tracks. On my server I wish to have several tracks, but some that only specific groups can promote/demote along.

For instance: I only want my server to be able to promote/demote along the track following donations (iron->gold->diamond), but I want my moderators to be able to help promoting/demoting on the general rank track on the server (visiting->user->mod->admin).

Apologies for the late reply, your message must’ve slipped past me.

Currently, no, this is not possible, however, it has been addressed by this issue, and will hopefully be added soon.

Can u move your creation to SpongeAPI 7.0.0? Thank you!

Just a quick update to make a couple of small improvements.

It’s been a while since I last posted a build here – so here ya go!

This is great so far except for the fact that any rank below me can’t use /help, but can perform /minecraft:help? Is there any way to fix this?

You havn’t given them the permission for sponge.command.help people were complaining that you couldn’t prevent people using it, so it was newly added in the last few months.

My database is collapsing due huge indexes size from luckperms tables.
Do not you think that it would be more efficient to store the UUID’s in binary(16) for MySQL/MariaDB?

@Ghostly that seems odd… How many unique players are you seeing? Is it current schema’d to be varchar or something? 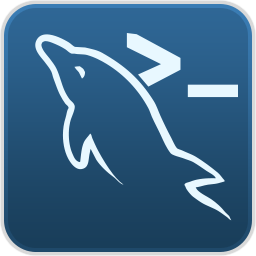 After seeing that several blogs discuss storage of UUID values into MySQL, and that this topic is recurrent on forums, I thought I would compile some sensible ideas I have seen, and also add a couple new ones. See also follow up post called Mysql...

It would be more efficient yes, however the SQL implementation supports more than just MySQL, and so it’s not easily doable.

), and the disk usage for the table + indexes is still negligible.

I’m wondering if something else is causing your issue? Could you perhaps share some stats?

Yep, I’ve used that approach before on a couple of other projects.

You get faster comparisons, and more compact data - but interacting with the data in a CLI is a real PITA.

(not like that’s a good reason not to do so, though)

As said previously, it’s trickier in LP, as the data types vary quite a bit in the other supported database implementations.

Is it possible to use this plugin to format a rank with a certain colored rank, and also change their name to a specific color. For example the Owner rank would be like [Owner]ANameHere, the word owner would appear red in chat and the name would appear blue and bold or something?

Yes, just use the minecraft colour codes when you set the prefix - &c[Owner]