I was late to the stream, at about 4:45, so I was wondering if we could go back and rewatch it?

The VOD will be available on Twitch when it makes it available. It was also recorded. It is being uploaded to one of our servers so it can be later downloaded and uploaded again to a Youtube account. So yeah, you will be able to watch it.

Sadly, Twitch did NOT archive the video after the end of the broadcast, however, I’m already uploading the VOD temporarily to my channel while we (staff) figure out the channel to use officially.

The video may still be processing on YouTube’s side, but it’s uploaded! 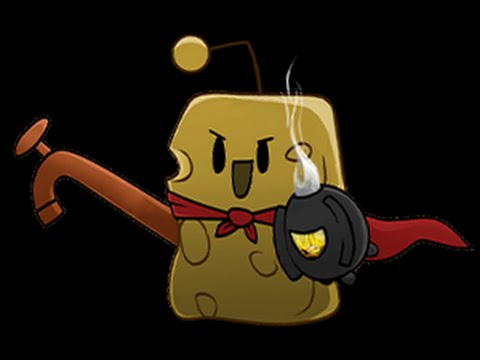 “This video is unavaliable.”

“This video is unavaliable.”

As I said earlier.

The video may still be processing on YouTube’s side

Ah, thank you for clarifying.

Just watched the first half, there are some interesting facts in there.
All my questions were answered, just perfect.

About an hour through it at this point, seeing an actual sponge server running though was awesome!

Also for anyone who hasn’t watched, the ip to the sponge server is sponge.me4502.com (hopefully it doesn’t get taken down though)

Can anyone give me a quick summary? I know there was a lot covered, but the main concepts is all I really need. Thanks!

[Soaked Up #3] An Interview with The_Doctors_Life, and more! Sponge

#If you by chance missed the stream, check it out here. [image] Today’s Topics: Interview with The_Doctors_Life State of Sponge Livestream This Week’s Question Last Week’s Question Results [image] Interview with The_Doctors_Life [image] How did you come to Sponge? When did you? I joined the sponge forums after hearing about it on Spigot on September 14, 2014 @ 10:34PM EST What’s the story behind your username? Back when I first started playing Minecraft late 2013 I played on a server …

Just want to say thank you for the information and all the hard work. I was super excited to join and play on a live sponge server. I can’t wait for you guys to make a release!