Hi i’m in need of plugins for my 1.12.2 server.The following are what I need:

Here’s a list of plugins I personally use, Unfortunately it’s not everything you’re after, but somewhere to start, I guess.

As far as I’m aware, there aren’t any plugins similar to Hotels or TreeAssist, but there is Project Worlds and GWM Auto Mine Reset, although I haven’t used either of them personally. I’m not sure about a clans plugin, and I don’t think we have any working minigames plugins at the moment (You’re probably better off making a separate server and using bukkit for that, they have way more than we do currently).

You’ll find most plugins here: https://ore.spongepowered.org/ but also you’ll find others on Plugin Releases on the Forum.

Minigame wise. Im going to be making a load. I should have my first before the competition is over

they never said what they were for. All they would say is they are version 1.0, 2.0, etc etc and i have no clue what that means 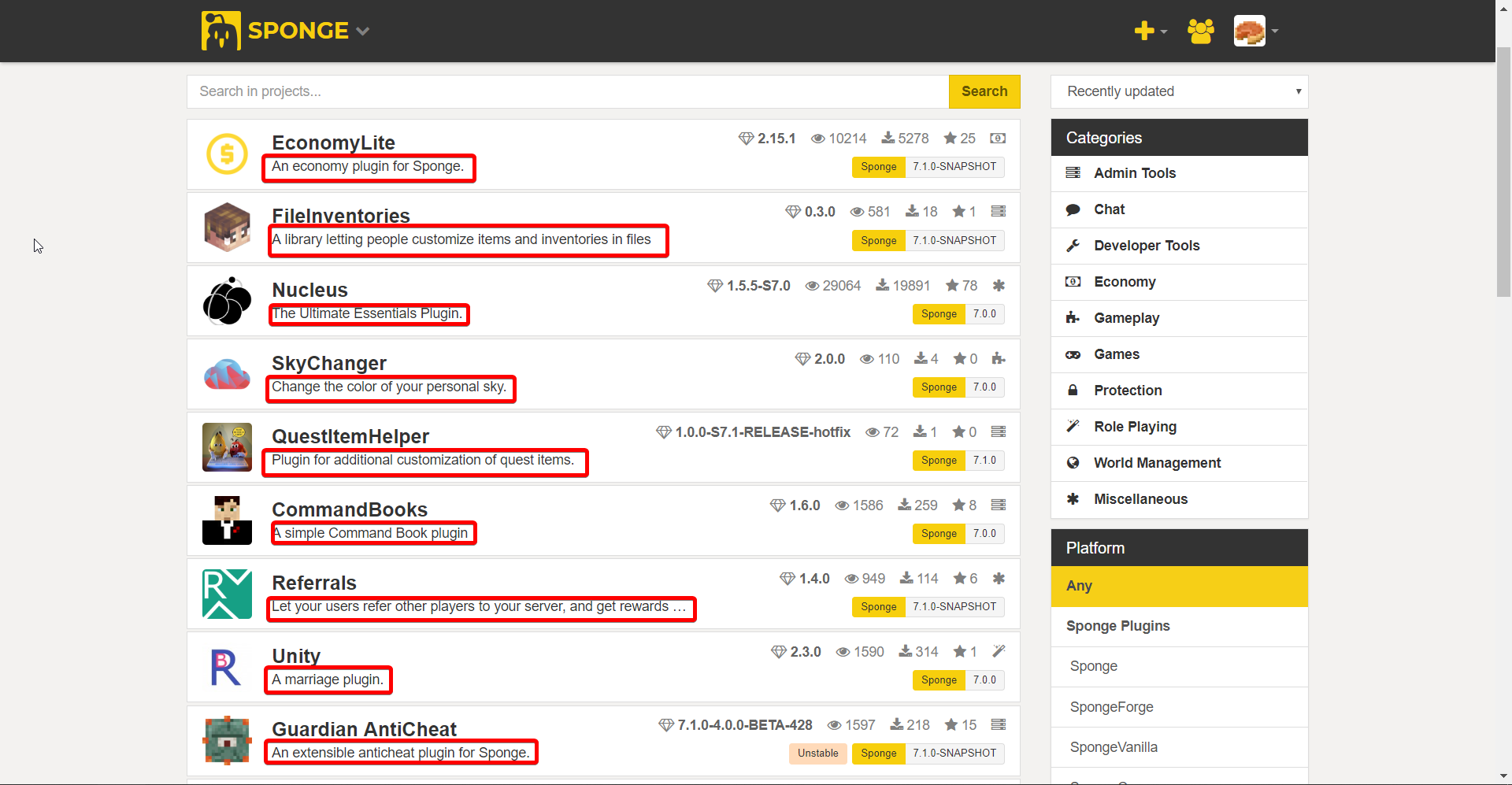